A BMW car used to deliver the smuggled gold and Rs 21 lakh were also seized, a statement by the agency said. 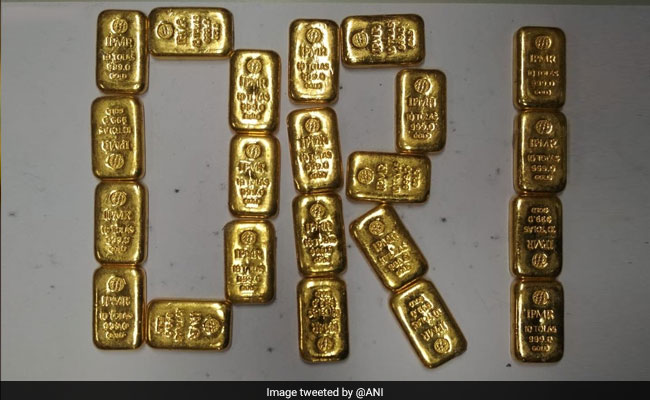 The Directorate of Revenue Intelligence (DRI) has arrested four people for allegedly trying to smuggle gold valuing about Rs 6.88 crore into the country from Dubai and Sri Lanka, according to an official statement issued today.

All the four accused -- the kingpin, his aide and close relative, and two carriers -- have been remanded in judicial custody, it said.

Acting on inputs, the DRI officials on Tuesday seized 20.6 kg gold, valued at Rs.6,88 crore, kept hidden by the syndicate at a residential premises in the city, the statement issued by the agency said.

A BMW car used to deliver the smuggled gold and Rs 21 lakh were also seized, it said.

"Interrogation of the apprehended persons revealed that the Chennai-based kingpin, a resident of Choolaimedu, used to organise operatives who would work in the domestic sector to various airports, collect gold bars from transit passengers at the respective airports and carry them back to Chennai in the domestic sector and hand them over to the kingpin and his aides," the DRI said.

Investigation revealed that the seized gold was smuggled from Dubai to Chennai through Mumbai in this manner, it said.

"A part of the gold was also smuggled directly from Sri Lanka to India through the coastal areas of Tamil Nadu," the probe agency said.

Due to strong demand for gold during the festival season, and possibly on account of the steep rise in gold prices in the last quarter, there has been a spurt in the activities of organised gangs indulging in smuggling of gold into India, it said.