The vessel, built in Greece, can carry 200 cars and 1000 passengers, and is capable of running even during monsoon, officials said. 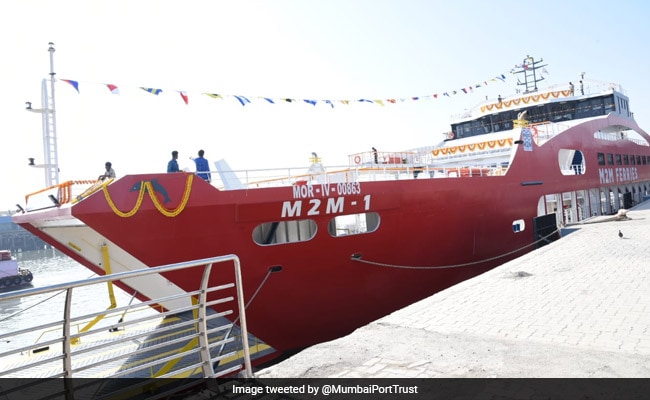 The RoPax can reach speeds of 14 knots, an official said

The launch ceremony was kept low-key due to state government restrictions on mass gatherings in view of the novel coronavirus outbreak, said officials.

The vessel, built in Greece, can carry 200 cars and 1000 passengers, and is capable of running even during monsoon, officials said.

"It can reach speeds of 14 knots and will complete the 18-kilometre sea journey in 45 minutes to one hour. The road distance between Mumbai and Mandwa is 110 kilometres and can take anything between three to four hours," an official said.

In a message, Chief Minister Uddhav Thackeray said the new service would be a milestone for the state, and informed that a similar facility was planned between Nerul and Belapur in Navi Mumbai, as well as Bhayander and Dombivali, the latter expected to start in two years after getting the final nod.

A Mumbai Port Trust release said around 15 lakh people travel annually on catamarans and boats from Gateway of India to Mandwa and the new service will not only them make the journey comfortable but eco-friendly as well.