Apoorva Shukla, a 36-year-old lawyer, had been wanting to learn to read tarot cards for five-six years but could not due to one or the other reason. 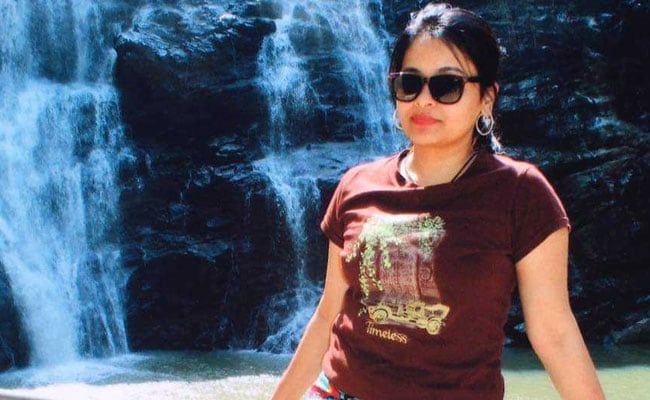 The card reading sessions are held twice a week, on Tuesdays and Fridays, for two hours in Tihar Jail and Apoorva sits in the front row, said Dr Pratibha Singh, who has been conducting the classes there for one-and-a-half years.

"Apoorva approached me initially. We have completed seven classes so far. Apoorva always makes it a point to attend the classes. In fact, once due to her court hearing, she missed a class and expressed regret," Dr Singh told PTI.

She said Apoorva, a 36-year-old lawyer, had been wanting to learn to read tarot cards for five-six years but could not due to one or the other reason.

The teacher said the murder accused stays quiet and shows confidence and enthusiasm.

Jail sources said she is lodged in the women's cell and does not show any sign of regret for allegedly "smothering and strangulating" Rohit Shekhar following an argument with him for drinking alcohol with his sister-in-law.

Rohit Shekhar was killed on the intervening night of April 15 and 16.

Among the triggers that led to the killing were a "turbulent and unhappy" married life and Rohit Shekhar's plan to give his share of property to his sister-in-law's son, police said.

In Tihar jail, Apoorva has learnt reading 15 of the total 78 cards in the seven classes taken by Dr Singh. Apoorva takes notes and clears her doubt, she said.

One of the sources said during her first session, Apoorva was asked if she regrets what happened and she said, "''I have no regrets. It was written in my destiny, which is okay''."

Initially, Apoorva appeared stubborn. She has shown improvement since and spoke about forgiving someone at one of the classes but did not disclose the person's name, sources said.

They said she participates in chant sessions and take printed notes during those.

"She is quite aware and stays updated with learnings from every session. These sessions de-stress them (inmates), purify their soul and bring in the positive energy to focus on their tarot session and daily life. Many of the inmates have show positive signs," Dr Singh said.