Apoorva Shukla had sought interim bail for two months on the ground that she suffered spinal column injury in Tihar jail where she is currently lodged. 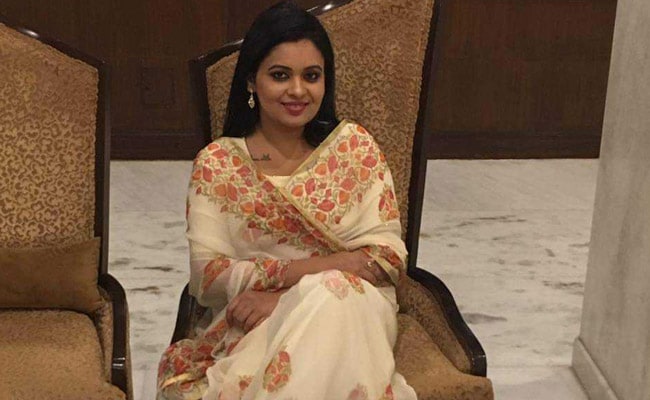 Apoorva Shukla was arrested on April 26 last year on charges of Tiwari's murder.

A Delhi court on Tuesday dismissed an interim bail application of Apoorva Shukla, arrested in connection with the alleged murder of her husband Rohit Shekhar Tiwari, the son of former Uttarakhand chief minister ND Tiwari.

Ms Shukla had sought interim bail for two months on the ground that she suffered spinal column injury in Tihar jail where she is currently lodged.

In her interim bail application, filed through advocate Mehmood Pracha, she said that she suffered slip disc injury by slipping in jail.

The court had earlier directed the jail authorities to provide treatment to Ms Shukla at a good hospital other than the jail dispensary and Deen Dayal Upadhyay (DDU) Hospital for her psychological problems which include depression and sleep disorder.

Rohit's mother Ujjwala Tiwari had alleged before the court that Ms Shukla had married Rohit as he was the son of the late veteran politician and she believed she would get a ticket to contest elections at Indore after marrying him.

Ujjwala, who was represented by advocate Tariq Nasir, had alleged that relations turned tense between Rohit and his wife immediately after their marriage and she fought with him on trivial issues.

Ms Shukla, a lawyer, was arrested on April 26 last year on charges of Tiwari's murder.

Rohit was smothered to death on the intervening night of April 15 and 16, the autopsy report had said.