India's Deputy Permanent Representative to the UN Ambassador K Nagaraj Naidu said at an Arria Formula meeting organised by Mexico that non-state actors such as terror groups often attack states from remote locations within other host states, using the sovereignty of that state as a smokescreen. 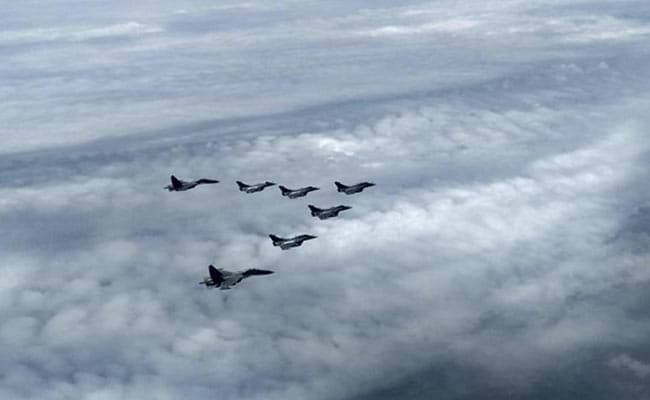 India told a UN meeting that a country would be compelled to undertake a pre-emptive strike when confronted by an "imminent armed attack from a non-state actor operating in a third state, as it highlighted several proxy cross-border terror attacks, including one in Pulwama, perpetrated against it from its neighbourhood - a clear reference to Pakistan.

India's Deputy Permanent Representative to the UN Ambassador K Nagaraj Naidu said at an Arria Formula meeting organised by Mexico that non-state actors such as terrorist groups often attack states from remote locations within other host states, using the sovereignty of that host state as a smokescreen .

In other words, a state would be compelled to undertake a pre-emptive strike when it is confronted by an imminent armed attack from a non-state actor operating in a third state," he said on Wednesday.

"This state of affairs exonerates the affected state from the duty to respect, vis-a-vis the aggressor, the general obligation to refrain from the use of force, Mr Naidu said at the Arria Formula meeting.

The Arria Formula meetings are informal meetings of the Security Council, on Upholding the collective security system of the UN Charter: the use of force in international law, non-state actors and legitimate self-defence'.

He noted that Security Council resolutions 1368 (2001) and 1373 (2001) have formally endorsed the view that self-defence is available to avert terrorist attacks such as in the case of the 9/11 attacks.

On February 26, 2019, less than two weeks after 40 police personnel were killed in Pulwama in Jammu and Kashmir in a terror attack perpetrated by Pakistan-based Jaish-e-Mohammed on February 14, India had conducted a pinpoint and swift airstrike in a pre-dawn operation, described as "non-military" and "preemptive", against the terror group's biggest training camp in Pakistan's Balakot.

Then Foreign Secretary Vijay Gokhale had said at the time that credible intelligence was received that JeM was attempting another suicide terror attack in various parts of the country, and the fidayeen jihadis were being trained for this purpose. In the face of imminent danger, a preemptive strike became absolutely necessary.

Mr Naidu told the informal meeting that India has been subject to cross-border terrorist attacks perpetrated by non-state actors with the active complicity of another host state - a clear reference to Pakistan.

He stressed that exercising self-defence is a nation's primary right when a situation demands immediate and proportionate action and applies also to attacks by non-state actors.

India for decades has been subject to such proxy cross-border and relentless state-supported terrorist attacks from its neighbourhood, he said.

"Whether it is was the 1993 Mumbai bombings, or the random and indiscriminate firings of 26/11 which witnessed the launch of the phenomenon of lone-wolves or more recently, the cowardly attacks in Pathankot and Pulwama, the world has been witness to the fact that India has repeatedly been targeted by such non-state actors with the active complicity of another host State," Mr Naidu said.

He told the meeting that exercising self-defence is a primary right of States to be exercised when the situation is imminent and demands necessary, immediate, and proportionate action and that customary international law has long recognised the principles governing the use of force in self-defence.

He noted that Article 51 of the UN Charter is not confined to self-defence in response to attacks by states only.

Mr Naidu stressed that India believes that instances where states have exercised the right of self-defense to attack non-state actors located in other states must be consistent with Article 2(4) of the UN Charter.

But preemptive actions taken to fight the menace of terrorism, even without the consent of the state hosting the non-state actors, meets this criterion because such actions are not of reprisal since their prime motive is for protecting the affected states' national integrity and sovereignty, he said.

Article 2(4) of the UN Charter states that all Members shall refrain in their international relations from the threat or use of force against the territorial integrity or political independence of any state, or in any other manner inconsistent with the Purposes of the United Nations.

He added that Article 51 also explicitly acknowledges the pre-existing customary right of self-defence, as recognised by the International Court of Justice and the UN Security Council by stating that nothing in the present Charter shall impair the inherent right of individual or collective self-defence.