Ex-Bihar Chief Minister Jagannath Mishra's cremation took place at his ancestral village in Supaul district and it was attended by Nitish Kumar and others. 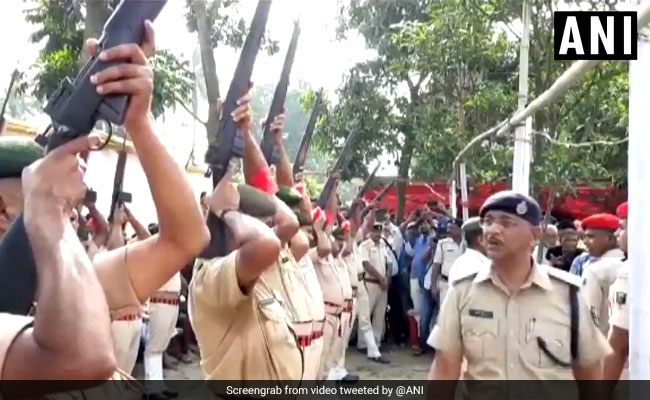 Cops were seen testing if their weapons had life by pulling the trigger but all efforts failed.

During the cremation, policemen failed in their attempt to give a gun salute to Mr Mishra in front of the Chief Minister and other dignitaries. Cops were seen testing if their weapons had life by pulling the trigger but all efforts failed. 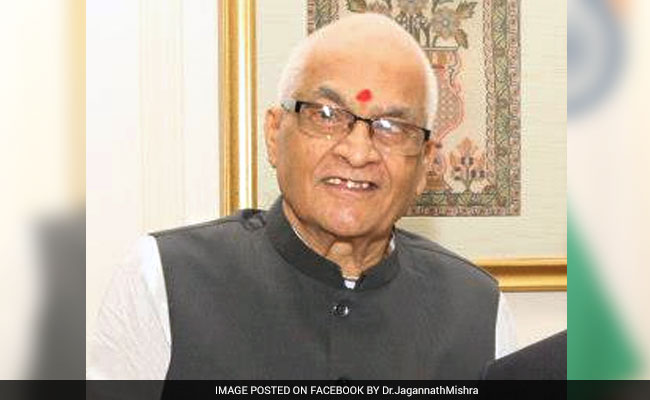 Nitish Kumar had reached the cremation site by a helicopter.

Responding to this, Rashtriya Janata Dal MLA from Pipra Yaduwansh Kumar Yadav, who was also present at the funeral, said that the incident was the insult to the former Bihar Chief Minister and demanded an investigation into the matter.

Jagannath Mishra died on August 19 after a long illness. He was 82. He started his career as a professor and went on to become the Chief Minister of Bihar three times from the Congress party.