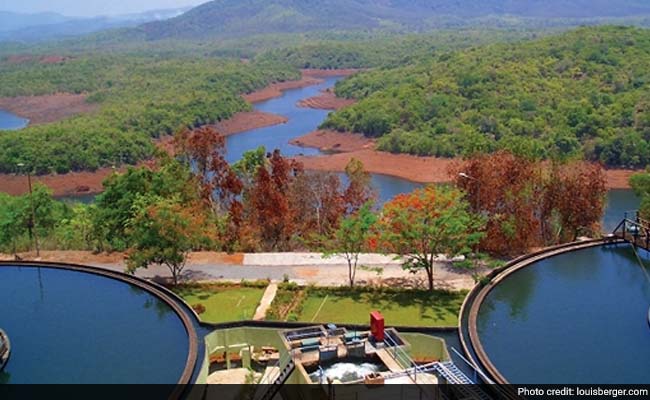 Louis Berger paid close to $1 million to a minister, disguising them as 'commitment fee', 'counterpart per diem', 'marketing fee' and 'field operations expenses', US authorities have said.

Panaji: In a major development in the pay-off scandal involving a US management consultancy firm, the Goa police today arrested a retired chief engineer, who headed the Japan-funded project in the state which is currently under scanner.

"We have arrested A Wachasunder under Section 120 (B) of Indian Penal Code for conspiracy," Superintendent of Police Kartik Kashyap told PTI.

The officer, who was being quizzed by the crime branch since last week, was placed under arrest soon after Chief Minister Laxmikant Parsekar assured the state Assembly that the guilty would be punished.

New Jersey-based Louis Berger, in a submission before a US court, had admitted paying bribe to an Indian minister to win consultancy for the Water Augmentation and Sewerage line laying project which was executed under JICA (Japanese International Cooperation Agency).

Crime Branch of the Goa police, which has filed an FIR against an 'unknown minister' and the company officials, had searched the office of Mr Wachasunder at Altinho in Panaji.

The Rs 1031-crore project was approved when the Congress government headed by Digambar Kamat was in power, for augmenting the water supply in south Goa and laying sewerage lines in state's major cities.

Mr Wachasunder, who was formerly Principal Chief Engineer of Public Works Department, was given extension in services after his retirement and was heading this project.

The then Public Works Minister Churchill Alemao, under a cloud of suspicion after the bribery scam surfaced, has said that he was not aware of the involvement of the US firm in the project.

Earlier in the day, Mr Parsekar had assured the state Legislative Assembly, now in session, that action would be taken against those found guilty. He also said that he would make a request for a CBI probe in the case.

The state government has also decided to inquire into the dealing of this company in two other projects, including Mopa International Airport.

Mr Parsekar, while addressing the Assembly said, "All the accused involved in this scam would be punished. The state government will leave no stone unturned to ensure that the guilty are punished. Considering the demand to hand over the inquiry into this case to CBI, I agree for the same. I will request the CBI to take over the investigation."

Currently, the state Crime Branch is investigating the case.

"Initially I thought that I would hand over the inquiry to CBI as it is has international ramifications. But since the offence has happened in Goa, I thought it wise to have Crime Branch inquire into it," Mr Parsekar said.

"I will be the happiest person if I could punish the guilty during my tenure as Chief Minister. We would inquire into all the projects which had this company as a consultant," Mr Parsekar said pointing out that the company was associated with Mopa International airport and also SeaLink project.

About the Sealink project, he said the company was paid crores of rupees just to certify that the project was not feasible.