The party has sacked the other leader -- Delhi media cell head Naveen Jindal -- whose tweets on the Prophet added fuel to the controversy. 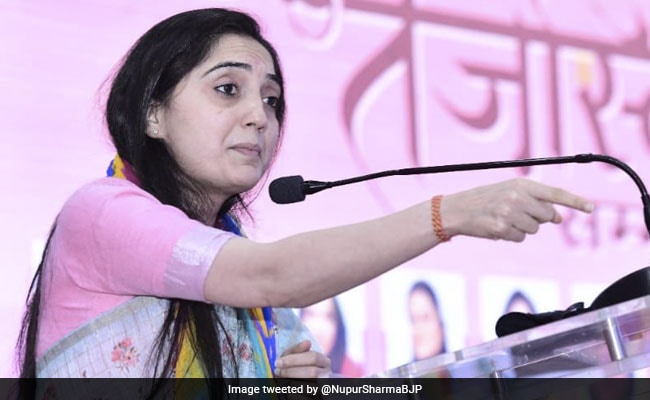 Nupur Sharma, the BJP national spokesperson who was suspended after her derogatory comments on Prophet Muhammad set off a huge international backlash, has said she respects her party's decision to suspend her.

"Respect and accept its (the party's) decision," she was quoted as saying by news agency Press Trust of India this evening. The party has sacked the other leader -- Delhi media cell head Naveen Jindal -- whose tweets on the Prophet added fuel to the controversy.

Nupur Sharma had earlier indicated that her comments – made during a television debate -- were in response to "insults" made against Lord Shiva.

The BJP today laid down strict guidelines for spokespersons and leaders who will be the face of the party on media.

BJP sources said only authorised spokespersons and panelists will participate in TV debates and they have been warned against criticising any religion, its symbols or religious figures.

The panelists have been asked to do their homework – including finding out the party line on the subject -- ahead of participating in debates.

So far 15 Islamic nations, including many in the Gulf, have condemned the comments on the Prophet.

While the government has dismissed it as the views of "fringe elements" and cited the action taken against them, opposition parties have declared that the episode has led to considerable loss of face for the country internationally.

Leaders like Asaduddin Owaisi have questioned the portrayal of a national spokesperson as "fringe elements".

Pointing to the BJP statement that it is "strongly against any ideology which insults or demeans any sect or religion" and "does not promote such people or philosophy", the Congress has called it a sham.