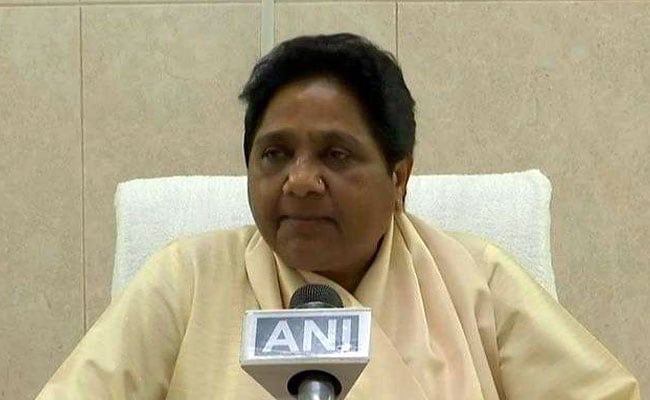 BSP president Mayawati on Monday asked the Uttar Pradesh government to resolve the demand of the protesting farmers in Unnao district for adequate compensation for their land acquired for an upcoming township and desist from using force against them.

In a tweet, Mayawati said: "The state government needs to immediately resolve the land compensation dispute that has been going on for the past few days in Unnao. They should be sitting across with the landowners rather than indulging in police lathi-charge and exploitation, which is highly condemnable. The government should take this very seriously".

On Sunday, some plastic pipes and two vehicles were set ablaze outside the godown of the Uttar Pradesh State Industrial Development Authority (UPSIDA), that acquired land for the project, a day after the farmers clashed with police.

"No farmer has so far claimed responsibility for the act, which means that the work has been done by anti-social elements," District Magistrate Devendra Kumar Pandey said.

On Saturday, the protesting farmers clashed with the police when government officials visited the project site to clear encroachments.

Several farmers and three police personnel were injured in the incident.

District Magistrate Devendra Kumar Pandey, however, has claimed that the farmers have been adequately compensated.

Following the protests, Congress General Secretary Priyanka Gandhi Vadra on Saturday shared a 22-second-long video of the clash on Twitter.

"UP chief minister is making big speeches in Gorakhpur, but see the condition of his police. A farmer in Unnao is lying semi-conscious after being beaten by laathi (stick). He is still being beaten up. There should be some shame. A person who grows grains for you is subjected to such cruelty," she tweeted in Hindi.