The 39-year-old naval officer was left adrift 3,500 kilometres from western Australia with a serious back injury when he was rescued through an internationally coordinated effort on Monday. 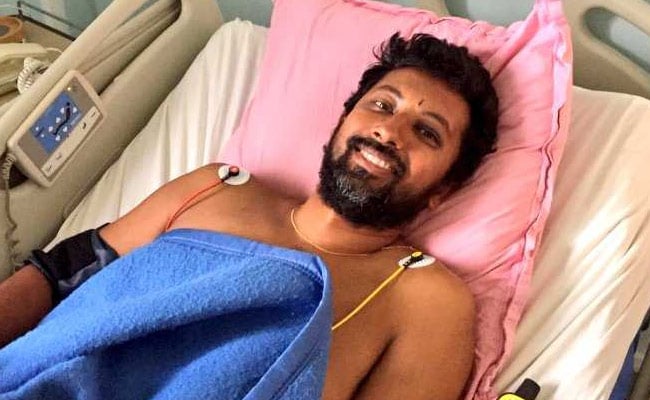 Naval Commander Abhilash Tomy is believed to be "recovering well".

Abhilash Tomy, a naval commander who was rescued from international waters earlier this week, today thanked his colleagues in the Indian Navy and sailors from other countries for saving him against all odds.

"The sea was unbelievably rough. Me and my boat, Thuriya, were pitched against nature's might. I survived because of my sailing skills. The soldier bit in me and my naval training cut in for that fight. Very thankful to the Indian Navy & all who rescued me," the Navy quoted Mr Tomy as saying.

The 39-year-old naval officer was left adrift 3,500 kilometres from western Australia with a serious back injury when he was rescued through an internationally coordinated effort on Monday. A solo competitor in the Golden Globe round-the-world race, he was badly injured during a storm that damaged his vessel in the Indian Ocean on Friday.

Indian and Australian officials said a French fisheries patrol vessel involved in the international rescue mission had found the sailor "in a stable condition". The French vessel Osiris reached Mr Tomy's yacht at 11 am Indian time even as Australian and Indian P8 Poseidon aircraft observed from above, race organisers said.

Mr Tomy has been admitted to a hospital on a remote island, where he is believed to be "recovering well".