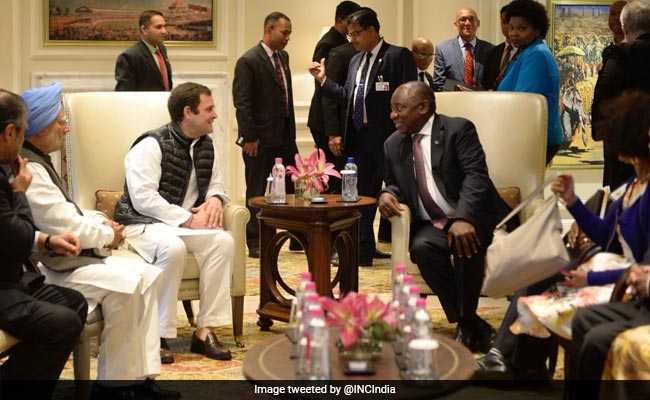 Congress President Rahul Gandhi will be visiting South Africa on the invitation of President Cyril Ramaphosa who was the chief guest at the 70th Republic Day parade in Delhi on Saturday.

Mr Ramaphosa invited Rahul Gandhi to visit South Africa and the invitation was accepted, Congress said. Details are being worked out by the foreign affairs departments of the two parties, the party said.

Both the parties share century-old historic ties, and leaders had a discussion on party-to-party, regional and global issues.

"President Ramaphosa lauded India's role in the fight against Apartheid. Both, ANC president and Rahul Gandhi reaffirmed their commitment to further strengthen bilateral relations between the two fraternal parties," the party said.

Mr Ramaphosa arrived in the capital on Friday for a two-day visit.