Report on Modi and Gujarat riots given to Supreme Court 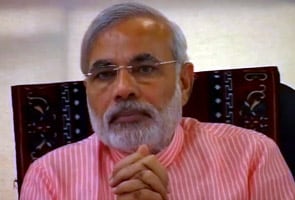 Ahmedabad: Narendra Modi's governance during the Gujarat riots of 2002 has been evaluated in a report that was presented to the Supreme Court today. The detailed report will stay confidential for now, said the court.

The report is based on the case filed against Mr Modi by Zakia Jafri, whose husband, Ehsan, was burnt alive in the communal riots that left 1200 people dead.

Mrs Jafri has said that Mr Modi and several of his ministers were among 62 people who colluded to ensure that those being attacked during the riots did not receive help.

In May, the Supreme Court asked senior advocate Raju Ramachandran to conduct extensive analysis and review of the evidence gathered on the riots by a Special Investigation Team (SIT) that had also been appointed by the court. This team questioned Mr Modi for several hours about the riots. The SIT report was handed over to the court in May 2010.

Among those who Mr Ramachandran has reportedly met during his inquiry is senior police officer Sanjiv Bhatt who claims that he attended a meeting called by Mr Modi just as the riots were erupting. Mr Bhatt says that Mr Modi asked police officers to ignore the riots. He also claims that Mr Modi said that minorities were going to be taught a lesson.

Promoted
Listen to the latest songs, only on JioSaavn.com
Mr Bhatt claims that at the meeting with a group of about eight police officers on February 27, 2002, Mr Modi "further impressed upon the gathering that for too long the Gujarat police had been following the principle of balancing the actions against Hindus and Muslims while dealing with communal riots in Gujarat. This time the situation warranted that 'the Muslims be taught a lesson to ensure that such incidents do not recur ever again.' The Chief Minister expressed the view that the emotions were running very high amongst the Hindus and it was imperative that they be allowed to 'vent out their anger'."

Other police officers who were at that meeting have said Mr Bhatt was not present.