State Congress chief said a show-cause notice would be served to N Dhanavelou seeking his explanation which would enable the party's Disciplinary Committee to go in for next course of action. 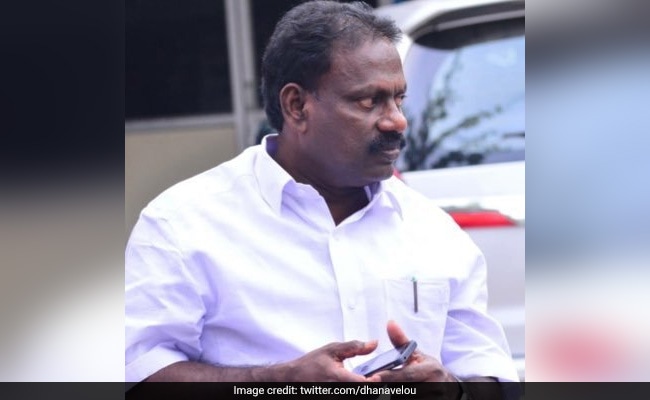 State Congress chief says N Dhanavelou was suspended on the recommendation of the high command.

Rebel Congress Legislator in Puducherry N Dhanavelou was today suspended from the party on charges of indulging in "anti-party activities."

He said the suspension of the legislator has come into "immediate effect".

The PCC leader said "on the recommendation of the high command Dhanavelou has been placed under suspension." Mr Namassivayam said a show-cause notice would be served to Mr Dhanavelou seeking his explanation which would enable the party's Disciplinary Committee to go in for next course of action.

Mr Dhanavelou, elected from Bahoor constituency, would be asked to submit his reply to the cause notice in a week's time.

State party chief alleged that Mr Dhanavelou had been making attempts to topple the Congress government in collusion with the opposition AINRC and BJP.

The PCC leader also accused the Bahoor MLA of meeting independent legislator from Mahe N Ramachandran at one stage to seek his support to dethrone the Narayanasamy-led Congress government here, which the latter rejected.

Mr Namassivayam also said that he and the Chief Minister had placed before the AICC leaders a detailed report about Mr Dhanavelou's "anti-party activities" for some time now and now the high command had recommended his suspension.

Mr Dhanavelou came out with serious allegations against the Congress government in the union territory recently. The rebel MLA also met Lt Governor Kiran Bedi at her office and apprised her of various "corrupt practices and scandals" indulged in by the Chief Minister and his cabinet colleagues.

Asked if Mr Dhanavelou would be disqualified as an MLA, the Chief Minister said: "Let us wait for the explanation from Dhanavelou in
response to the show-cause notice which would be sent to him."