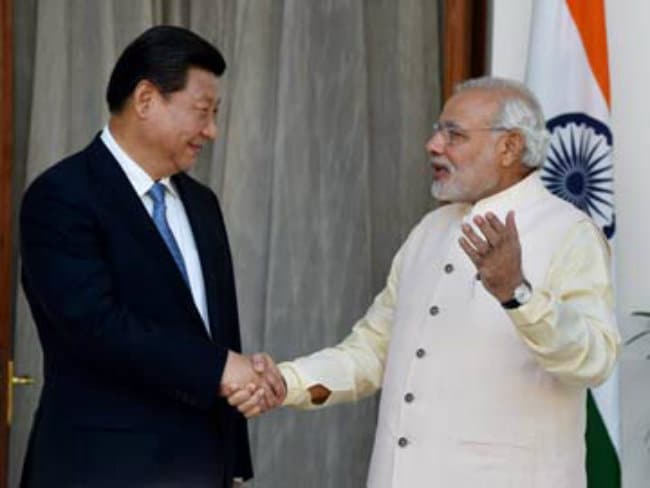 Ahead of this week's annual Defence Dialogue, China has expressed its readiness to work with India to link its ambitious Maritime Silk Route plans with India's 'Mausam' project in a bid to address New Delhi's strategic concerns and derive "common benefits".

Defence Secretary RK Mathur will lead the Indian defence delegation at the talks due to be held here on April 8-9 during which the two countries would discuss a wide range of measures to step up cooperation between army, navy and air force of the two countries.

Significantly, ahead of the key meeting Chinese Foreign Ministry said that China looks forward to stepping up interaction with India to identify the meeting point for their strategic interests in South Asia, especially the Indian Ocean region.

She was responding to a question on China's Ambassador to India Le Yucheng's recent comments to the media that China wants to have communication with India to link the 'Belt and Road' initiatives with New Delhi's 'Spice Route' and 'Mausam' projects.

During last year's Defence Dialogue, the two sides discussed prospects of joint naval exercises in addition to the 'Hand in Hand' exercises being held annually between the two armies to promote military-to-military relations.

According to officials, the Defence Dialogue covers talks on mutual perspectives on South Asia, the China-India relationship, bilateral military ties and issues relating to the borders.

The projects are also called the 'Belt and Road' initiatives and China has devoted a US $40 billion-fund besides finance facility from its Asian Infrastructure Investment Bank (AIIB) being launched with US$ 50 billion capital later this year for them.

India has joined the AIIB as a founding member.

The 'Belt and Road' projects aim at increasing China's influence in the region besides reviving its slowing economy.

The projects also plan to connect China with Europe and Africa by road, rail and sea.

The Chinese projects include Bangladesh-China-India-Myanmar (BCIM) Corridor and Pakistan-China Economic Corridor through Pakistan-Occupied Kashmir besides MSR which raises Beijing's strategic stakes in the Indian Ocean, especially in Sri Lanka and the Maldives.

While backing the BCIM, India has expressed reservations over Pakistan-China Corridor as it runs through Pakistan Occupied Kashmir and over the MSR which clashes with India's own strategic initiatives in the Indian Ocean.

Recent political changes in Sri Lanka have altered the dynamics of China's influence in the island, with the Sirisena government putting the projects, especially the USD 1.5 billion-Colombo Port City project which is the key platform for MSR, in limbo.

China has been vocal about linking the 'Belt and Road' projects with India's Spice Route and 'Mausam' that are New Delhi's strategic initiatives to preserve its influence in the Indian Ocean.

Promoted
Listen to the latest songs, only on JioSaavn.com
The Spice Route refers to revival of old links between 31 countries in Asia and Europe with India, particularly spice-rich Kerala while the 'Mausam' project has taken shape during the recent visit of Prime Minister Narendra Modi to Mauritius, Seychelles and Sri Lanka.