Francois Hollande has said that the Indian Indian government had mandated that industrialist Anil Ambani's Reliance Defence must be taken up as the Indian partner in the Rafale deal. 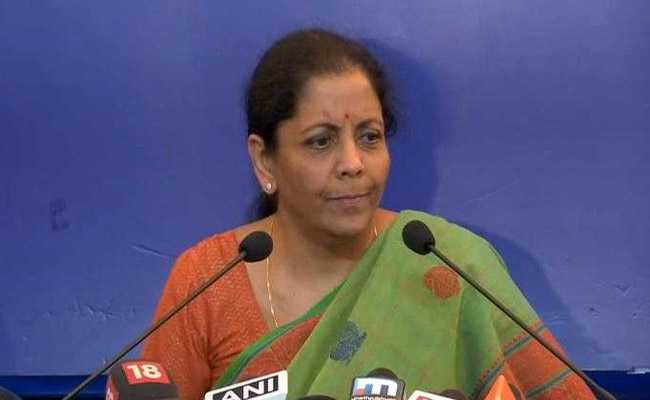 Facing caustic attacks from the Congress on the new revelations in the Rafale controversy, the BJP on Saturday hit back with allegations and attacks of its own. "(Rahul Gandhi and Congress) betray their sense of desperation in being out-of-power. In our govt there is no corruption. No wonder today the buzz is #RahulKaPuraKhandanChor (Rahul Gandhi's entire family are thieves)," Defence Minister Nirmala Sitharaman tweeted.

Earlier, at a news conference, her cabinet colleague and senior BJP leader Ravi Shankar Prasad said, "Why was the Rafale deal sent back for re-examination in 2012 just six months after Dassault was identified as the lowest bidder? Our explicit charge is this: they (Congress) did not get a bribe, that's why."

Mr Prasad lashed out at Congress chief Rahul Gandhi who said former French President Francois Hollande "is calling PM Modi a thief". An interview of Mr Hollande to a French journal stoked a major controversy on Friday after he said that the Indian government had mandated that industrialist Anil Ambani's Reliance Defence must be taken up as the Indian partner in the deal with France's Dassault Aviation.

"It is very shameful, irresponsible. No national president of any party has used such words against a PM of the country before. We can't expect anything else from Rahul Gandhi. He is chargesheeted in the National Herald case with his mother. He is silent on land grabbing case against his brother-in-law," Mr Prasad said.

The Law Minister's press conference was followed up by a flurry of tweets from his colleagues and BJP supporters on Twitter who made #RahulKaPuraKhandanChor the top trend on the social networking site.

Truth is clearly not Rahul Gandhi's forte, but even dignity is too much to expect from him!

His only qualification is a surname. His entire family has bn involved in scams. Ironic of him to blame PM @narendramodi ji, India's most honest PM,in Rafale deal!#RahulKaPuraKhandanChor

Out on bail Rahul Gandhi & his family have long been the primary source of corruption in the country. They are today blaming Hon’ble PM Narendra Modi in the Rafael deal, who has given India its most honest administration since Independence. #RahulKaPuraKhandanChor

Rahul Gandhi is out on bail. His family is responsible for some of the most reprehensible acts in our history. Many @INCIndia leaders are facing serious corruption charges. Today they are blaming Hon’ble PM Modi, who has run India’s most honest Govt! #RahulKaPuraKhandanChor

Mr Prasad also contended that Reliance figured in the Rafale fighter jet contract even when the Congress-led UPA government was in power. However, he later conceded that the company in question then was led by Mukesh Ambani and eventually shut down its defence business. The company now at the centre of the controversy is the Anil Ambani's Reliance Defence which has a joint venture with Dassault called DRAL or Dassault Reliance Aerospace Limited.

Ruling out Mr Gandhi's demand for a joint parliamentary committee probe into the deal, he told the press conference that it cannot be done merely to satisfy the ego of "an arrogant and ill-informed leader repeating lies after lies".

Mr Prasad also cited statements of the French government and Dassault in which they said Indian and French governments had no role in picking the offset partner, to brush aside the charge of corruption.