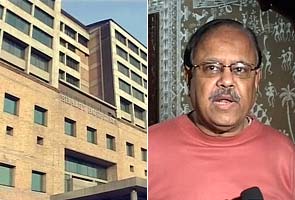 Ahmedabad: A deadly virus reported for the first time in India has killed three people in Gujarat. A central team will visit the state today to take stock of the situation.

The state health department in Gujarat is also on alert following the deaths in an Ahmedabad- based private hospital due to the fatal Crimean-Congo Haemorrhagic Fever OR CCHF virus.

The CCHF is a viral haemorrhagic fever and has a high mortality rate. The dead include a doctor with the private hospital who was attending to a women identified as Samina Banu from adjoining Sanand township. A nurse in the hospital also succumbed to the virus on Tuesday.

"In the samples that were sent to Pune, the virus has been identified is CCHF. This virus usually stems or originates from pets that we keep at home from the ticks or fleas that they have. Once the virus enters the blood, it can then spread even via saliva to saliva between humans," said the state's Health Minister, Jaynarayan Vyas.

About 20 health teams have been sent to the areas in the 5 km radius of the village from where the first case was reported.