IFS officer Sanjeev Chaturvedi was assigned the responsibility of probing the illegal constructions in the Jim Corbett Tiger Reserve on November 2. 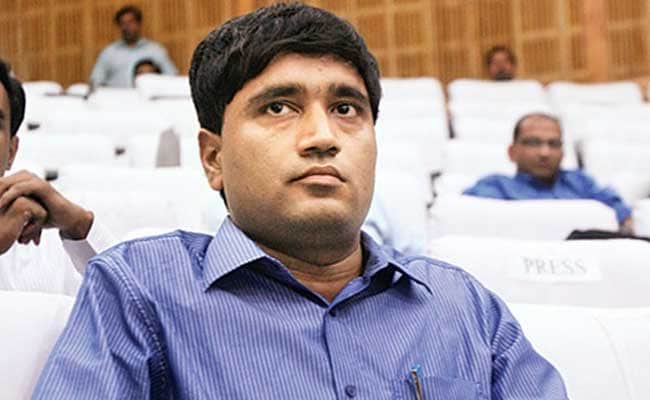 Sanjeev Chaturvedi is the chief conservator of forest (research). (File)

Ramon Magsaysay award recipient IFS officer Sanjeev Chaturvedi has withdrawn himself from probing the role of officials in illegal constructions in Uttarakhand's Corbett Tiger Reserve, citing contradictory statements of senior government functionaries over his appointment as the investigating officer.

In a letter to Head of Forest Force Rajiv Bhartari, he said though he had investigated "hundreds" of corruption cases, never did his "very appointment to probe a case evoke the kind of nervousness, fear, confusion and apprehension as in this case".

Mr Bhartari had assigned Mr Chaturvedi the responsibility of probing the illegal constructions in the reserve on November 2 after being authorised by the National Tiger Conservation Authority (NTCA) to fix charges against officials involved and act against them.

"I have conducted probes into hundreds of corruption cases in my career, in which the biggest leaders of parties in power and senior bureaucrats were accused, earning the appreciation of institutions like the CBI, the CVC and parliamentary panels, but never did my very appointment to probe a case evoke the kind of nervousness, fear, confusion and apprehension as in this case," Mr Chaturvedi said in his letter.

Expressing his inability to take up the probe in circumstances like these, the Indian Forest Services (IFS) officer, advised authorities, with a touch of sarcasm, to first make up their mind about actually punishing the culprits in a case before asking him to probe it.

Mr Chaturvedi has also enclosed with his letter a newspaper report carrying reactions of Chief Wildlife Warden J S Suhag, Additional Principal Secretary (Forest) Anand Bardhan and Forest Minister Harak Singh Rawat to his appointment, suggesting that the move had not gone down well with them.

Mr Chaturvedi, who is the chief conservator of forest (research) and based in Haldwani, withdrew even before initiating the probe, citing the reactions his appointment had evoked.

He has a reputation of being an honest official who has probed many corruption cases with neutrality.

The NTCA had conducted a field visit of the Pakhro and Morghatti zones of Kalagarh forest division which falls in the buffer zone of the tiger reserve and found that illegal construction of buildings, bridges and water bodies had been carried out there without the prior sanction of authorities.

It had recommended a vigilance probe and action against the officials involved.