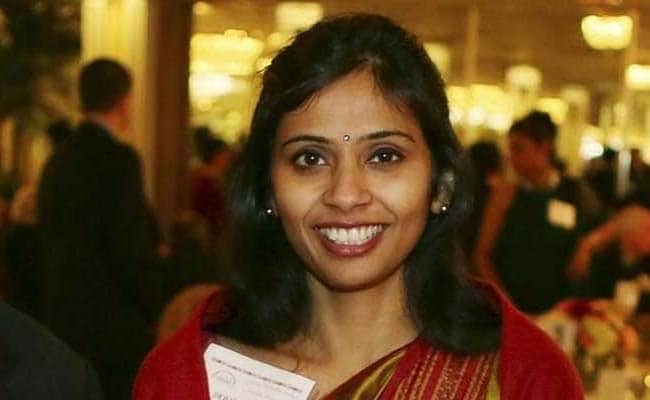 Devyani Khobragade was arrested on December 12, 2013, in the US. (File Photo)

New Delhi: The newly inducted Minister of State for Social Justice and Empowerment Ramdas Athawale's request for having diplomat Devyani Khobragade as his private secretary has been turned down by his senior Minister Thawarchand Gehlot.

According to a senior ministry official, the file containing Mr Athawale's request did not even go to the Prime Minister's office for approval.

"Athawale ji had made a request for appointment of Devyani Khobragade as his private secretary but then Gehlotji held a discussion with senior Ministry officials after which he suggested him to find an alternative option. So Khobragade's name has been rejected.

New names are being considered for the post," the official said.

Sources said, officials in the Ministry of External Affairs and PMO were also opposed to the proposal. Prime Minister Narendra Modi had in the past rejected requests from some ministers for appointment of secretaries who were considered close to them.

Ms Devyani's father Uttam Khobragade, a former IAS officer, is the national executive president of Mr Athawale's RPI-A, which is part of the BJP-Shiv Sena-led grand alliance in Maharashtra.

A 1999 batch Indian Foreign Service officer, Ms Devyani, was arrested on December 12, 2013, in the US when she was India's Deputy Consul General in New York on visa fraud charges and for allegedly providing false declarations in a visa application for her maid.

The incident had triggered a diplomatic row between the US and India.
Comments
Ramdas AthawaleDevyani KhobragadeThawarchand Gehlot