Ram Navami 2021 Date: The auspicious day of Ram Navami is on April 21. Since Ram Navami is the biggest day during Chaitra Navaratri, the festival is also known as Rama Navratri. 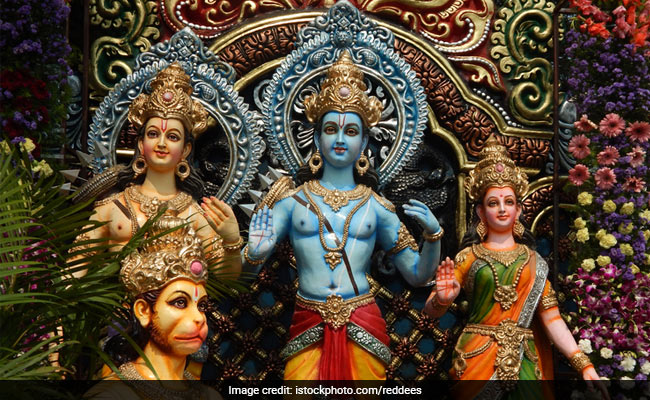 2021 Ram Navami: Here's how you can celebrate Ram Navami at home during Covid crisis

Ram Navami is the celebration of the birth of Lord Ram. The auspicious day of Ram Navami is on April 21. Lord Ram is considered to be an avatar or reincarnation of Lord Vishnu, who came down to earth to defeat the demon king Ravana. Ram Navami falls on the ninth day of Chaitra Navratri in the Shukla Paksha or the New Moon phase in April. Lord Ram or Lord Rama - revered for his prosperous and righteous reign during the Treta Yuga - is also known as Maryada Purusottama. Many devotees do yagya or homa on Rama Navami to conclude the nine-day Chaitra Navratri. Since Ram Navami is the biggest day during Chaitra Navaratri, the festival is also known as Rama Navratri.

Here is how you can celebrate Ram Navami at home

Clean a nice place or the mandir at home. Lord Rama is the main deity worshipped during Rama Navami, so place a photo or an idol of Lord Ram. Along with Lord Rama, Mata Kaushalya, King Dasharatha, Sita and the three younger brothers of Lord Rama - Bharata, Lakshmana and Shatrughna are also worshipped. Hanuman Ji, the biggest devotees of Lord Ram must be worshipped on is auspicious day.

Involve all members of the family in the Ram Navami puja. Traditionally young girls in the family put teeka on the forehead of all in the family. Ganga jal, roli and aipun are sprinkled on the gods, and then rice is showered on the deities or photos of Ram, Lakshman, Sita and Hanuman Ji. After prayers, everyone perform the aarti and bhajans are sung. Finally, prasad is distributed among all family members.

On this Ram Navami, recite Tulsi Ramayan, which tells the story of Lord Ram. In some households Akhanda Ramayana Path or chanting the entire Ramcharitmanas by Tulsidas is done for 24 hours.

Happy Ram Navami to all in advance!