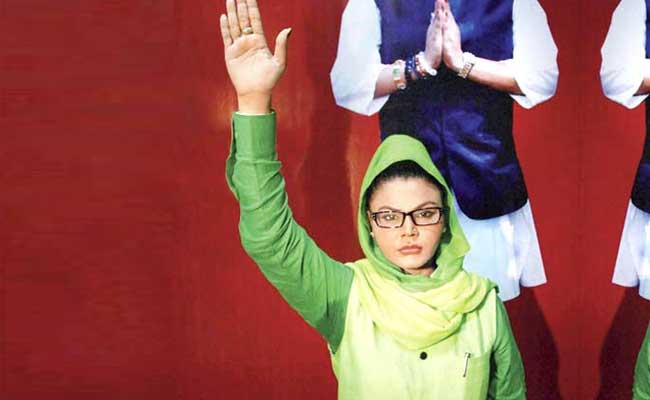 Mumbai: Actor Rakhi Sawant, accused of making objectionable comments against sage Valmiki, was arrested in Mumbai today, reported news agency ANI. A court in Ludhiana had issued an arrest warrant after the 38-year-old failed to appear before it on March 9 in a case accusing her of making derogatory remarks against Valmiki, the author of the Ramayana which chronicles the life and times of Hindu God Rama.

The complainants had accused the actor of hurting religious sentiment of the Valmiki community with her comments on a TV show last year.

The case will be heard next on April 10.

Rakhi Sawant is best known for appearances in reality TV shows like Bigg Boss and Rakhi Ka Swayamwar. She has also acted in many Bollywood films but her outrageous comments have often drawn more attention.

Promoted
Listen to the latest songs, only on JioSaavn.com
In 2014, Rakhi Sawant tried her hand at politics and contested the general elections from the Mumbai North West constituency as an Independent candidate.