Rajya Sabha Adjourned For The Day Amid Protests By South Parties

On Monday, the house was adjourned without transacting any business after parties from Tamil Nadu and Andhra Pradesh disrupted proceedings. 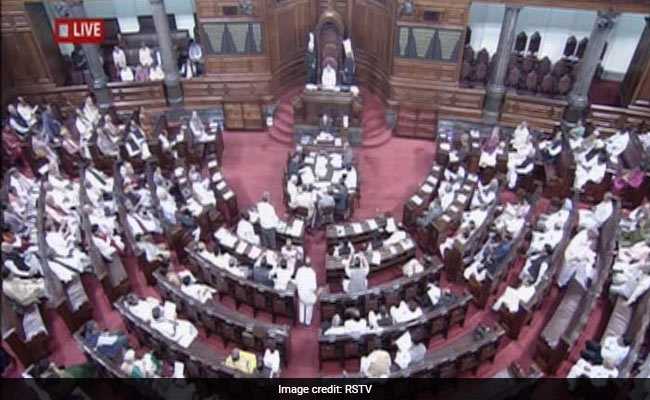 New Delhi: Rajya Sabha was today adjourned for the day after parties from Tamil Nadu and Andhra Pradesh disrupted proceedings over specific demands for their respective states.

The protesting lawmakers from the AIADMK, DMK and TDP entered the well soon after Foreign Minister Sushma Swaraj made a statement on the 39 missing Indians in Iraq and the leader of opposition Ghulam Nabi Azad made brief remarks.

On Monday, the house was adjourned without transacting any business after parties from Tamil Nadu and Andhra Pradesh disrupted proceedings.

The TDP and TRS members were shouting slogans for special status for Andhra Pradesh while Tamil Nadu parties - DMK and AIADMK- raised the Cauvery water issue.

Amid the protest, Union Minister Vijay Goel today said the government was ready to discuss all issues.

Mr Goel said the Narendra Modi-led government has done good work and "we are not afraid" of anything, amid BJP members thumping benches.

In an attempt to bring order in the house, Chairman M Venkaiah Naidu said that he has been stressing from day one that all important issues, including banking scam and Cauvery issue, should be debated.

As the protesting members kept standing in the well, Mr Naidu adjourned the house for the day.
Comments
Rajya SabhaRajya Sabha adjournedProtests in Rajya Sabha