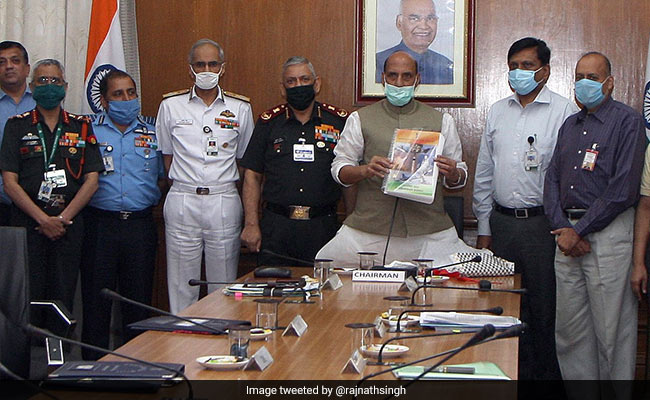 Mr Singh said the DAP has also included provisions to encourage foreign direct investment (FDI) to establish manufacturing hubs both for import substitution and exports while protecting the interests of Indian domestic industry.

Under the new policy, the offset guidelines have also been revised facilitating preference to defence majors offering to manufacture products in India over relevant components.

"The offset guidelines have also been revised, wherein preference will be given to manufacture of complete defence products over components and various multipliers have been added to give incentivisation in discharge of offsets," the defence minister tweeted.

He said the DAP has been aligned with the vision of the government's 'Aatmanirbhar Bharat' (self-reliant India) initiative and to empower Indian domestic industry through 'Make in India' projects with the ultimate aim of turning India into a global manufacturing hub.

The policy also provides for single stage accord of AoN (Acceptance of Necessity) in all cases up to Rs 500 crore to cut delays in approval of acquisition proposals.