Sarbananda Sonowal apprised Rajnath Singh about the situation in the state's Dima Hasao district where protests against the demand for a "Greater Nagalim" claimed two lives. 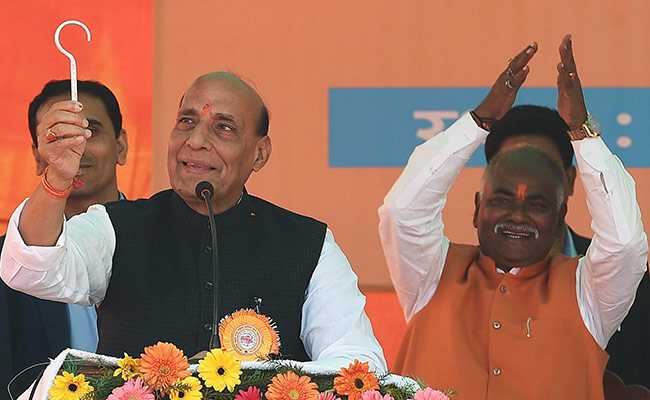 Mr Sonowal apprised Mr Singh about the situation in the state's Dima Hasao district where protests against the demand for a "Greater Nagalim" claimed two lives.

"The home minister assured that not a single inch of Assam's land will be parted with any state. He (Singh) said that the territorial integrity of Assam and other states will be fully protected, and there should be no apprehension in anyone's mind," Mr Sonowal told PTI.

The situation in Dima Hasao district continued to be tense for a week following protests over an RSS leader's reported statement that the district would be included in "Greater Nagalim" or Greater Nagaland as part of the Centre's proposed solution for the ongoing peace talks with the NSCN- IM.

Two people were killed and about a dozen others injured when police opened fire to disperse a mob at Maibang in the district on Thursday.

During a visit to Nagaland on December 8, 2017, the home minister had said that there should be no apprehension or worry as the territorial integrity of no north eastern state would be affected by the final Naga accord.

He was replying to a question about the possibility of hampering the territorial integrity of Arunachal Pradesh, Assam and Manipur by the impending peace agreement between the central government and Naga insurgency group NSCN-IM.

The insurgent group NSCN-IM's key demand is to integrate the Naga-inhabited areas of Arunachal Pradesh, Assam and Manipur, which has been strongly opposed by the three states, currently ruled by the BJP.

Promoted
Listen to the latest songs, only on JioSaavn.com
The expectations for a lasting peace have soared in Nagaland, which had been hit by insurgency for decades, after the Centre and the NSCN (IM) signed a framework agreement in 2015.

The NSCN-IM has been engaged with peace talks with the interlocutor of the central government since 1997 when it announced a ceasefire agreement after a bloody insurgency movement which started in Nagaland soon after the country's Independence.