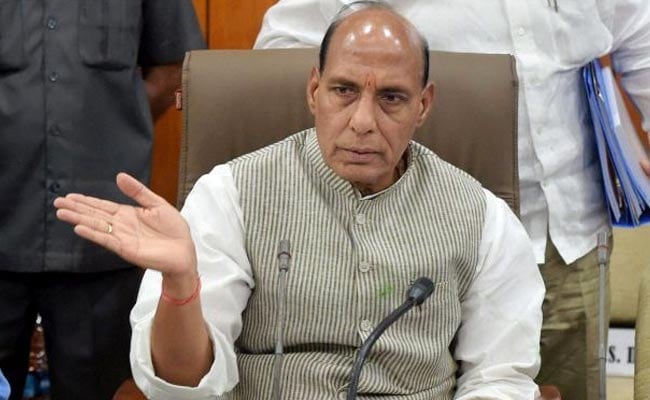 Mr Singh reviewed the situation with Union Home Secretary Rajiv Mehrishi and other top officials in the security establishment following the killing of a Junior Commissioned Officer and five jawans of Assam Rifles in an ambush in Manipur's Chandel district close to Indo-Myanmar border, official sources said.

The home minister also spoke to Assam Rifles Director General, who apprised him of the situation and action taken so far.

An Assam Rifles convoy was attacked by heavily armed terrorists around 1 pm in Joupi Hengshi area of Chandel when the security personnel were returning after inspecting a landslide site in the interior tribal district, defence and police sources said.

It is suspected that two or more militant groups jointly carried out the attack.

Reinforcements have been rushed to the scene of the ambush and a massive combing operation is under way.

Last year, 18 army personnel were killed in the same district in an ambush by NSCN(K) terrorists.