The Home Ministry has sought a report from the Tamil Nadu government on the police firing and the prevailing situation in the port city, the minister said. 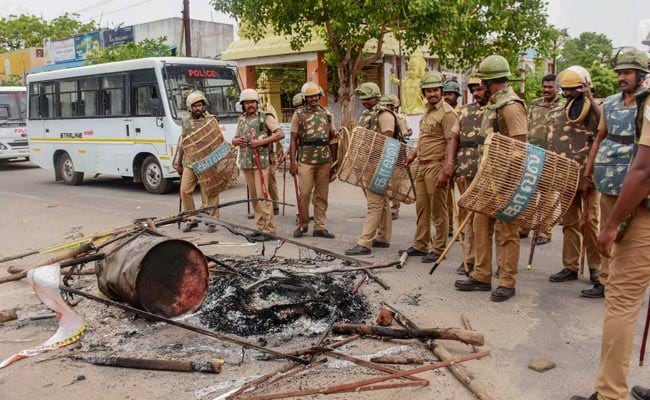 New Delhi: Home Minister Rajnath Singh on Thursday appealed to the people of Tuticorin in Tamil Nadu to remain calm and maintain peace in the wake of the violence that has claimed 11 lives.

The Home Ministry has sought a report from the Tamil Nadu government on the police firing and the prevailing situation in the port city, the minister said.

"I am deeply pained at the loss of precious lives during the agitation at Tuticorin in Tamil Nadu. My thoughts are with bereaved families. I also pray for the speedy recovery of the injured. I appeal to the people in Tuticorin to remain calm and maintain peace and tranquility in the region," he said in a statement in New Delhi.

11 people were killed in police firing during protests demanding the closure of Vedanta group's Sterlite Copper plant over pollution concerns in Tuticorin.

The protests have been going on for over three months, but violence first erupted on Tuesday with agitators fighting pitched battles with police, prompting it to open fire.

The DMK and other opposition parties in Tamil Nadu have called for a dawn-to-dusk bandh tomorrow, condemning the police action against protesters in Tuticorin.
Comments
Rajnath SinghHome MinistrySterlite Protests