Actor Rajinikanth and others have appealed to people to join a mass prayer at 6 pm for the speedy recovery of veteran singer SP Balasubrahmanyam. The 74-year old star singer is battling COVID-19 at a hospital in Chennai. 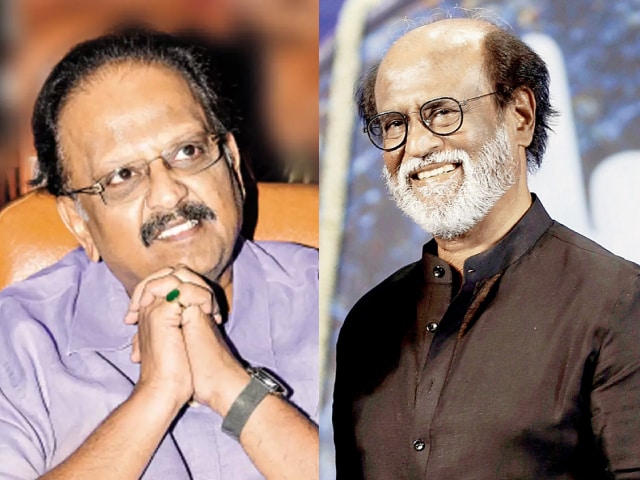 Rajinikanth and a host of others have appealed to people to join a mass prayer scheduled at 6 pm on Thursday to pray for the speedy recovery of veteran playback singer S P Balasubrahmanyam. The 74-year-old star singer is battling COVID-19 at a hospital in Chennai. He is on ventilator and  extracorporeal membrane oxygenation support (ECMO) support. ECMO is a heart-lung assistance machine.

"Let us pray together for SPB's recovery from 6 to 6.05 pm," Rajinikanth said. He hailed the singer as "Padum Nila," which means a ''singing moon,'' a pointer to S P Balasubrahmanyam's captivating voice and urged his fans and people to join the prayer. Veteran Tamil film director Bharathirajaa also appealed to people to observe a one-minute silent prayer at 6 pm today and then play a song sung by  S P Balasubrahmanyam. "My friend 'Padum Nila' should recover and that is the idea behind the mass prayer," Bharathirajaa said.

Cine Musicians Union President Dhina said, S P Balasubrahmanyam is a senior member of the body and appealed to everyone to pray from their homes for the singer's quick recovery. Veteran film producer Kalaipuli S Dhanu wrote a poem praising the sweetness of S P Balasubrahmanyam's voice and said the seven 'swaras' were waiting for him and asked people to join the prayer.

Actors Radhakrishnan Parthiban, Vivek, Silambarasan, Manobala and veteran actress Saroja Devi were among the others who appealed to people to join the prayers. Vivek said: "Prayer is very powerful and when crores of fans come together and pray it has a special force. For our SPB sir, let us pray for a minute."

The singer was admitted to MGM Healthcare on August 5 after he tested positive for coronavirus and he suffered a setback on August 13, prompting doctors to put him on life support.