Rajinikanth never fails to delight, not even on social media 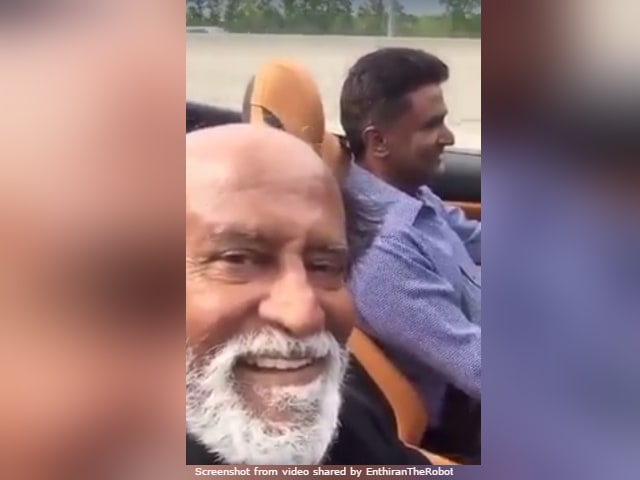 New Delhi: Rajinikanth fans were a little perturbed when the 66-year-old megastar left for his regular medical check-up in the US. However, there's substantial proof on social media that the actor is absolutely fine and is having a ball of a time overseas. On Thursday, a video of Rajinikanth began doing the rounds on social media, in which he can be seen enjoying a drive in a Ferrari. This appears to be the Thalaivar's first attempt at a selfie video as he can be seen asking his partner in the driving seat - "I have to press the red button, right? The video is rolling." Rajinikanth never fails to delight, not even on social media.


Meanwhile, Rajinikanth and her elder daughter Aishwaryaa flew out from Chennai on June 28 and is expected to return mid-July, reported news agency IANS. "Rajini sir left to the US with his daughter Aishwaryaa last night (Wednesday). He has gone for a regular medical check-up. They will be back in mid-July," a source was quoted by IANS as saying. The source reassured that Rajinikanth is "absolutely fine" and is only following up with his routine check-up schedule.

It is from the summer of 2011 that Rajinikanth has been in and out of the hospital. In 2011, Rajinikanth was also admitted to Singapore's Mount Elizabeth Hospital for kidney-related ailments and respiratory infection and returned home after six weeks. After he completed his rigorous schedule for 2016 blockbuster Kabali, Rajinikanth was advised complete rest for a week following his return from Malaysia, where the film was being shot. Next on Rajinikanth's roster was 2.0, which also stars Akshay Kumar. Having completed 2.0, Rajinikanth got himself busy with the new Pa Ranjith film's Mumbai schedule.

Meanwhile, Rajinikanth will next be seen in the titular role in Kaala Karikaalan, the remaining portions of which he will shoot in Chennai July onwards.

Rajinikanth's Kaala Karikaalan is slated for January 2018 while 2.0 is also scheduled for next year.
Comments
rajinikanthrajinikanth ferrari