UPSC aspirant Rajat Sambyal, who describes himself as a Bachelor of Engineering (Civil) on his Twitter profile, said it was his sixth and last attempt at cracking one of the toughest exams in the country. 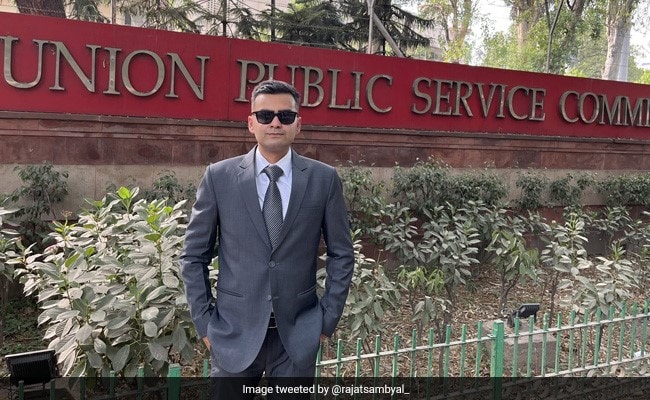 UPSC aspirant Rajat Sambyal was unable make it to the final round in his earlier attempts.

While congratulatory messages were being shared on social media for those who qualified for the UPSC exam, an aspirant who missed the chance by a whisker in his final attempt expressed his feelings, saying, “Ten years of hard work ended in ashes”.

But he appeared to take the results in his stride, adding, “And still I rise.”

Rajat Sambyal, who has completed his civil engineering from Punjab engineering college,Chandigarh, said it was his sixth and last attempt at cracking one of the toughest exams in the country. He could never make it to the final round in his earlier attempts. This time, however, he appeared for it and had hoped to emerge with flying colours.

“Ten years of hard work ended in ashes. Six UPSC attempts are over. Three times prelims failed. Two times mains failed. In my last attempt, yesterday, I succumbed due to a low score in an interview. Missed by 11 marks,” tweeted Mr Sambyal, who was born in Samba district of Jammu and Kashmir and brought up in Jammu.

10 years of hard work ended in ashes.
6 UPSC attempts over.
3 times prelims failed.
2 times mains failed.
In my last attempt, yesterday I succumbed due to low score in interview. Missed by 11 marks. #upscresult
“And still I rise”. pic.twitter.com/m8FRcJGCWu

Along with the tweet, Mr Sambyal shared two images — his report card and his photograph captured outside the Union Public Service Commission office in Delhi.

The report card showed he had obtained a total of 942 marks.

Several people responded to his tweet with encouraging messages.

I understand your sentiments. Destiny is unchallengeable. You can shine as a structural engineer.

Agree!
Let's not ignore the immense knowledge acquired in the process. It's going to stay with you all along.

I would suggest you to mentor the future aspirants.

A third user that apart from the success stories, at times “it's important to listen such journeys” as well.

We get to see the selected stories of UPSC toppers every year.
But, sometimes it's important to listen such journeys. These are the stories which should come out more and more.
Kudos???? If not successful but a commendable exit.
All the best for the future????????

One user said it wasn't a waste of time at all and that “this knowledge and the whole experience will prove most valuable in building your future life”.

No exam can judge the true worth of a person. Don't think that you wasted your time. This knowledge and the whole experience will prove most valuable in building your future life. You won't even miss it when you are most successful.
Saying from personal experience.
All the best!

A fifth user also commended “the courage and capacity to express themselves” like Mr Sambyal had done.

Don't worry. Life is not about clearing a particular exam. Few people have the courage and capacity to express themselves like you have done. Wishing you a very happy and prosperous life ahead.

The UPSC announced the final results on Monday. It said 685 candidates had qualified. The results are available on the UPSC website.

Shruti Sharma secured the top rank. She graduated from St Stephen's College, Delhi, and then went to Jawaharlal Nehru University for her post-graduation. Ankita Agarwal, who has a degree in Economics (Hons) from Delhi University, was the second rank holder. Gamini Singla, who secured the third rank, had graduated from the Punjab Engineering College in Chandigarh with a degree in computer science engineering.