Hefty fines worth thousands have made headlines in the past few days. 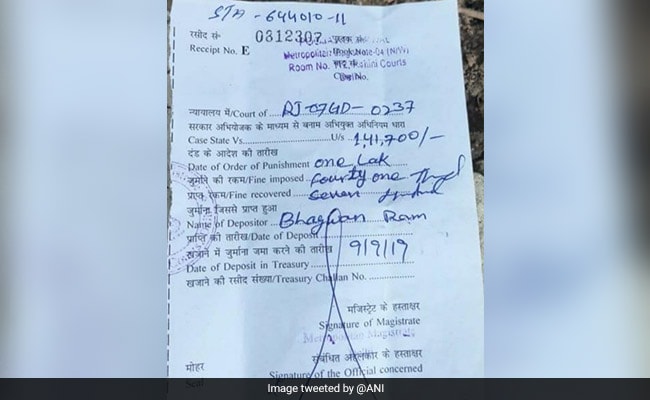 A photo of the challan issued to the truck driver.

As motorists across the nation grapple with a sharp hike in penalties for traffic violations, a truck owner from Rajasthan was on Tuesday fined over Rs 1 lakh for overloading his vehicle.

The truck owner, Bhagwan Ram, had to pay Rs 1,41,000 under the new traffic rules, a photo of his challan tweeted by news agency ANI shows.

Hefty fines worth thousands have made headlines in the past few days. On Monday, a truck driver in Odisha was fined over Rs 80,000 for violating several traffic rules, ANI reported.

Even Union Road and Transport Minister Nitin Gadkari had admitted that he had been fined for speeding on the Bandra-Worli sea link in Mumbai.

The new rules - which brand common offences like the use of cellphone while driving, jumping traffic lights and driving on the wrong lane-came into effect last week.

In case of any road offence by underage drivers, the guardian or owner of the vehicle will be held guilty. The penalty will be Rs. 25,000 along with three years in jail and the registration will be cancelled.