In the videos, Shambhu Lal Raigar was seen ranting that he killed Afrajul Khan, the labourer from West Bengal, to stop "Love Jihad". 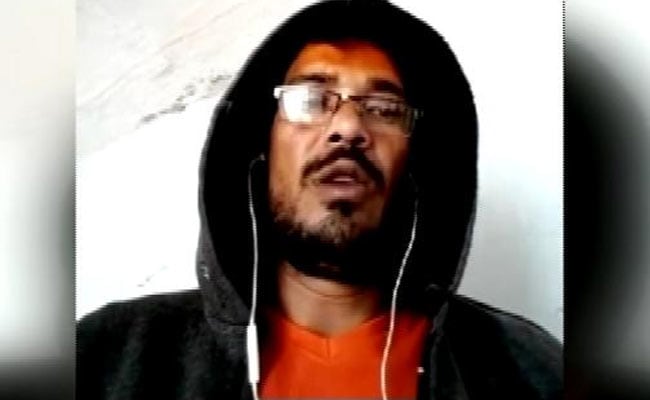 Afrajul Khan's killing was recorded on camera by the Shambhu Lal Raigar's nephew.

The Rajasthan government on Monday told the Supreme Court that it has written to search giant Google to take down hate videos uploaded by a man accused of hacking and burning alive a Muslim labourer in the state in December 2017.

In the videos, Shambhu Lal Raigar was seen ranting that he killed Afrajul Khan, the labourer from West Bengal, to stop "Love Jihad", a term used by right-wing groups to refer to Muslim men marrying Hindu women.

Khan's killing was recorded on camera by the nephew of Raigar in Rajasthan's Rajsamand district.

The state government told the top court that the hate videos uploaded by Raigar are hosted by multiple websites and it would take them some time to remove the videos.

Justices A M Khanwilkar and Ajay Rastogi asked the government to file an affidavit about the steps taken by it to remove the videos, including those uploaded by Raigar from inside Jodhpur jail, and adjourned the matter for further hearing.

Senior advocate Indira Jaising, appearing for Khan's wife Gulbahar Bibi, said state government authorities may have taken action with regard to the video uploaded by Raigar before his arrest, but no action has been taken about the video uploaded from inside prison.

The counsel for Rajasthan government countered her, saying necessary action has been taken with regard to the hate video uploaded from inside jail and a cell-phone has been seized.

In December last year, the court asked the Rajasthan government to explain how videos of hate speech were uploaded on Internet from the jail premises.

It had also asked Raigar to explain why he should not be transferred to a jail outside Rajasthan.

The petitioner has alleged that Raigar had repeated uploaded hate videos from the jail premises and hence should be transferred to Tihar or any other prison outside the state.

She has sought a direction from the court that the video of her husband's killing be withdrawn from the internet and social media sites.