Congress Leaders Detained By Police Ahead Of Protest March In Delhi

Congress Protest March: Delhi unit chief Anil Kumar says the protest was held against the "anti-democratic and anti-constitutional" actions of the BJP to topple the democratically-elected Congress government in Rajasthan. 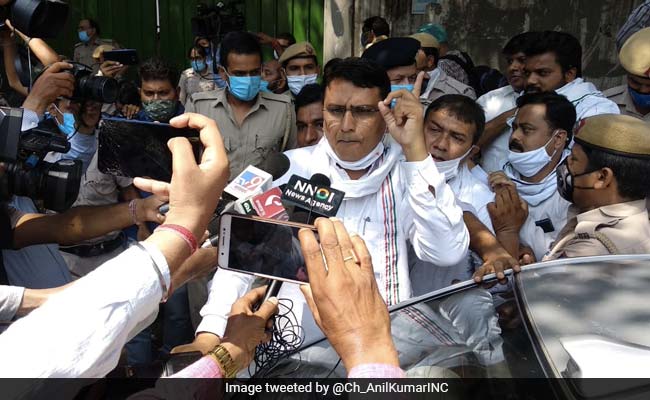 The leaders were detained while trying to march towards the Lieutenant Governor's office.

Congress leaders, including its Delhi unit chief Anil Kumar, were detained while trying to march to the Lieutenant Governor's office in Civil Lines in Delhi, in a protest against the Bharatiya Janata Party (BJP) amid the Rajasthan political crisis.

The protest was held against the "anti-democratic and anti-constitutional" actions of the BJP to topple the democratically-elected Congress government in Rajasthan, Mr Kumar said.

"We wanted to tell the LG how the BJP and its government at the Centre are murdering democracy in Rajasthan. But the Delhi Police detained us before we could start our march to the Raj Niwas," he said.

Congress leaders and workers had gathered near the Ludlow Castle school in Civil Lines. They were detained by the police at the spot and taken to the Maurice Nagar police station, a leader of the party's Delhi unit, who was present at the protest site, said.