Earlier, on August 22, the membership of two BJP councillors Paras Jain and Ajay Singh and an independent ward councilor Shankar Sharma were terminated in the same matter. 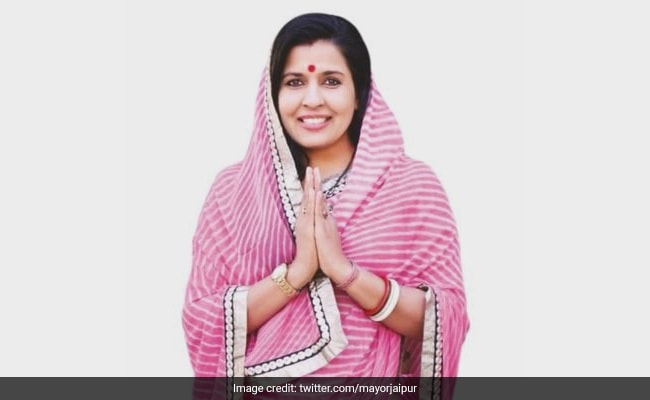 Soumya Gurjar is also debarred from re-election for a period of 6 years.

The local self government department has also debarred Ms Gurjar from re-election for a period of six years, according to an order.

Earlier, on August 22, the membership of two BJP councillors Paras Jain and Ajay Singh and an independent ward councilor Shankar Sharma were terminated in the same matter. Inquiry was pending against Ms Gurjar.

Deputy mayor Puneet Karnawat voiced strong opposition against the government's decision, describing it as an "attack on democracy".

"The expulsion of the mayor and the three councillors earlier is due to political reasons and political animosity. To use a simple incident in this manner and terminate the membership of elected public representatives is a deep attack on democracy. We will strongly oppose this and fight for the rights of our comrades. The final victory will be ours," Mr Karnawat said in a statement.

On June 4 last year, a dispute occurred at the mayor's office between the then commissioner Yagya Mitra Singh Deo and the councillors.

Two days later, the government suspended the mayor and the councillors, while Sheel Dhabhai was made the caretaker mayor on June 7, 2021.

Later, on the basis of a stay received from a court, Soumya Gurjar had been reinstated as the mayor.