The BJP and Congress are the main political parties in Rajasthan. Both the parties have claimed that they will emerge victorious in the elections. 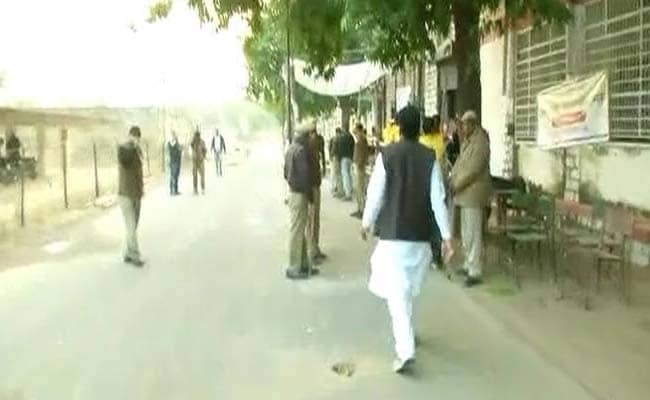 As many as 35 counting centres have been set up for Rajasthan election results.

Counting of votes to elect a new Assembly in Rajasthan began today morning amid tight security.

According to the Election Commission, counting is underway for 199 seats out of the 200 assembly constituencies, election for which were held on December 7.

"The counting began at the centres amid tight security arrangements," a spokesperson of the election department said.

"CCTV cameras have been installed at nearly 40 counting centres to keep a close watch on the counting process," the spokesperson said.

Polling took place in 15,687 polling centres across the 199 constituencies on December 7 and the state recorded a turnout of 74.21 per cent, a tally just short of the 75.23 per cent registered in the previous assembly election.

The BJP and Congress are the main political parties in the state. Both the parties have claimed that they will emerge victorious in the elections.

Among BJP's heavyweights whose fate will be decided today is Chief Minister Vasundhara Raje. The outgoing chief minister is seeking re-election from Jhalrapatan assembly seat.

Several ministers and sitting MLAs are among other candidates whose fate will be announced.

Election in Alwar's Ramgarh constituency were postponed due to the death of the Bahujan Samaj Party candidate Laxman Singh and next date of election will be notified later.