Rajasthan: Bharatpur MP Ranjeeta Koli escaped unhurt but fell unconscious due to the shock and was taken to a hospital, the police said. 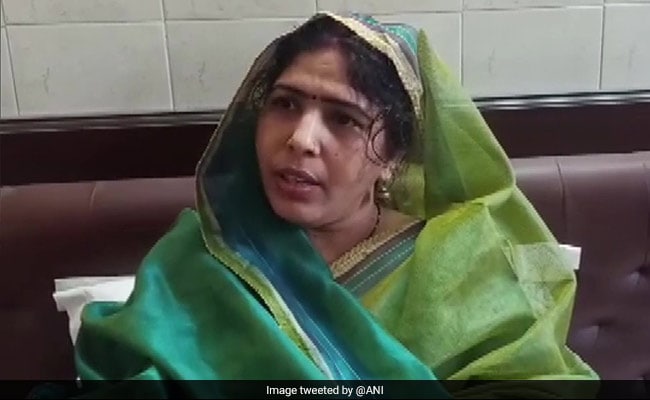 Rajasthan: MP Ranjeeta Koli was going to inspect a healthcare centre when her car was attacked

Unidentified persons allegedly attacked the car of BJP MP from Bharatpur Ranjeeta Koli Thursday night when she was on the way to inspect a community healthcare centre in the Weir area of the district, the police said on Friday.

The parliamentarian escaped unhurt but fell unconscious due to the shock, they said, adding she was taken to RBM Hospital in Bharatpur.

Four-five people, standing on the roadside with an SUV, tried to stop the MP's vehicle but when the driver sped away, they attacked the vehicle with bricks and iron rods, the police said.

A case was registered against unidentified persons after Ms Koli's driver filed a complaint, they said.

Bharatpur MLA Subhash Garg said directions have been given to the Superintendent of Police and the administration to arrest the attackers at the earliest.

BJP leaders have demanded the arrest of the attackers and former Chief Minister Vasundhara Raje condemned the incident.

"What else can be an example of law and order problem where a parliamentarian is not secure. You can understand the situation of common man. The government might pat its back to claim that women are secured in the state but it not true. The government has surrendered before the criminals," Ms Raje said.

She said the state government should act strictly against the attackers so that people regain their faith in the police and the government.