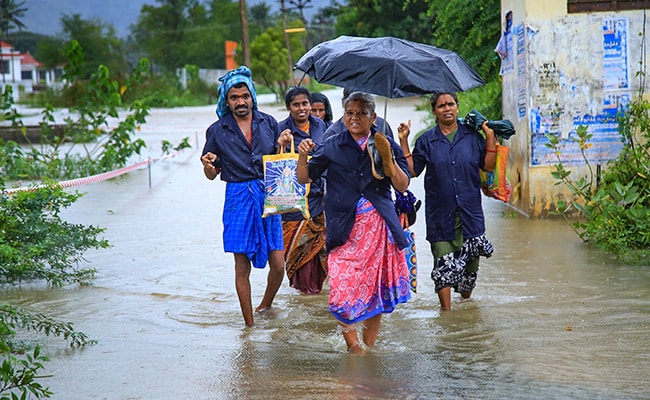 New Delhi: Heavy rainfall battered many parts of the country on Monday, throwing normal life out of gear and disrupting electoral activities being taken up as part of the assembly polls in Maharashtra and Haryana - besides by-elections in 17 states and one Union Territory. The bypolls in Kerala were particularly affected by the turn of the weather, forcing many to brave flooded streets and submerged polling booths to cast their votes. Parts of Maharashtra, which voted for its assembly elections, were also hit by heavy rain.