Minister Ashwini Vaishnaw said Indian Railways has been a major contributor in providing employment to people in the country and in this year alone 18,000 jobs have been provided. 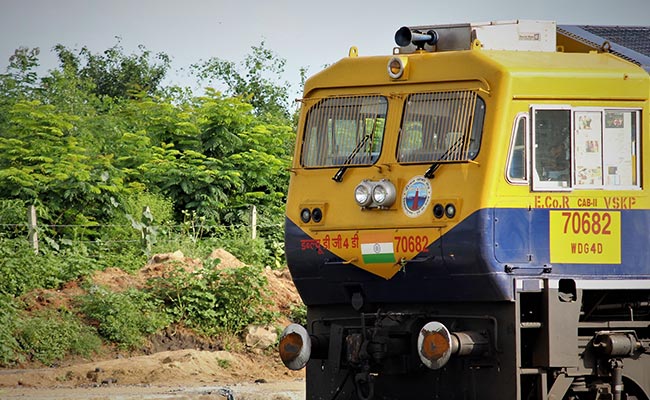 The Indian Railways has provided employment to 3,50,204 people so far between 2014 and 2022 and the process of recruiting 1.4 lakh more people is currently underway, Railway Minister Ashwini Vaishnaw told Rajya Sabha.

Responding to supplementaries during the Question Hour, the minister said Indian Railways has been a major contributor in providing employment to people in the country and in this year alone 18,000 jobs have been provided.

He said as part of Prime Minister Narendra Modi's announcement of providing 10 lakh jobs, the Railways has a major contribution in that too and it will be providing one lakh and 40,000 jobs under it.

In this year alone, as many as 18,000 employment opportunities have been provided so far, he said.

"The process for recruitment of 1.40 lakh employment opportunities is on and very soon they will be completed soon," Mr Vaishnaw said.

"There are people who make announcements of 10,000 or 20,000 and make big announcements about that, but here we have provided so many actual appointments," he told the members.

In his written reply, the minister said Indian Railways is a large organisation. Occurrence of vacancies is an ongoing process due to retirement, resignation, death etc. and filling up of such vacancies is a continuous process and the same are filled by the placement of indents by Railways with recruitment agencies as per operational requirements.

"During the process, vacancies may arise and these are filled subsequently. During the last two years, 10,189 candidates have been recruited. Presently, recruitment/filling up of vacancies in direct recruitment grade for approximately 1,59,062 posts is at various stages.

"In addition to filling up of regular vacancies, employment is also generated through outsourcing of non-core activities and execution of projects which are not permanent in nature, through contracting agencies," the minister said.