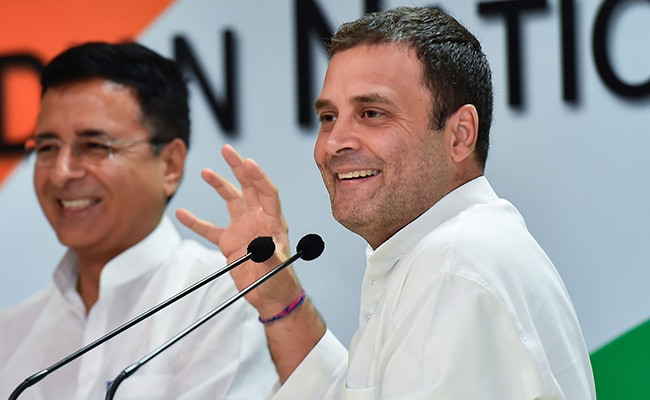 Congress won 19 seats in the 119-member house in Telangana in the December 7 assembly elections.

Newly-elected members of the Telangana legislative assembly and council on Thursday unanimously decided to urge party president Rahul Gandhi to choose their leader.

In a meeting with Congress MLAs, MLCs and MPs, AICC representative KC Venugopal said he would convey the decision to Mr Gandhi.

"We took a unanimous resolution authorising the Congress president to nominate the new CLP (Congress legislature Party) leader of Telangana," he said.

Congress won 19 seats in the 119-member house in Telangana in the December 7 assembly elections.

Meanwhile, the first session of the assembly after the polls began in Hyderabad on Thursday with the newly elected members taking oath as MLAs.