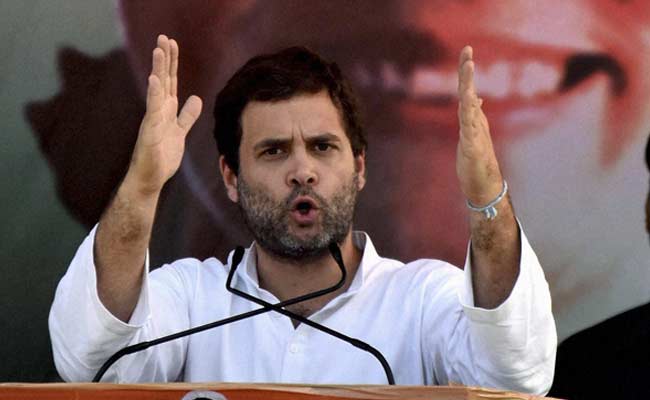 Assam is expected to go to polls between March and April next year. (File photo of Rahul Gandhi)

New Delhi: In an attempt to gauge the public mood in Assam towards the Congress, a state the party has now continuously governed since 2001, Congress vice president Rahul Gandhi will tour Assam and address two public rallies - one in Upper Assam's tea belt and the other in Lower Assam.

Assam is expected to go to polls between March and April next year, and the BJP is emerging as the strongest challenger to the Congress.

"Rahulji will go to Assam post Diwali but the dates have not been finalised," said a senior leader who attended the meeting.

Congress's problems have compounded ever since its former education minister Himanta Biswa Sarma switched sides and joined the BJP on August 28.

Mr Sarma, once a close confidante of Mr Gogoi, is credited as the person who scripted impressive election victories for the Congress in Assam before he turned a rebel.

"Rahul Gandhi talks of internal democracy. Madam Sonia Gandhi sent an observer and 52 MLAs supported me. Mr Tarun Gogoi had the backing of only 11 or 12 MLAs. But Rahul Gandhi told me that it's his prerogative to make the chief minister," Mr Sarma had told NDTV immediately after meeting BJP President Amit Shah in Delhi.

In the past one month, Mr Sarma has displayed some of his famed organisational skills by winning two autonomous tribals council elections - something similar to civic body polls - for the BJP.

Over the past decade, the Muslim community that decides the fate of as many as 40 seats out of a total of 126 seats has mainly switched to Mr Ajmal's party.

Facing its toughest elections ever, the Congress has now decided to adopt a bottoms-up approach in Assam where campaigning will start from the block level. "Some of our senior leaders have suggested that we should focus from the grassroots to reconnect with voters," said another Congress leader who preferred not to be named.