Rahul Gandhi is touring the BJP's strongest citadels in the state where the Congress has been out of power for nearly 20 years. 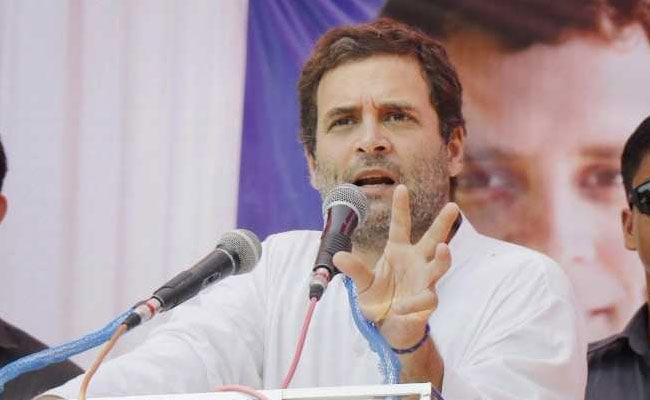 Rahul Gandhi addresses a gathering during a road show in Padara village in Vadodara. (PTI Photo)

New Delhi: On his campaign tour in Gujarat, Rahul Gandhi explained today that a humiliating defeat at the hands of the BJP in the 2014 national election helped him "a lot". The brief concession stood out as Mr Gandhi took generous digs at the ruling party and the Jay Shah controversy on Prime Minister Narendra Modi's home turf.

"The BJP helped me a lot. They have really helped me. We lost 2014 but the defeat could not have helped us more. Itni buri tarah haraya ki pit pitkar humein akal aagayi (They beat us so badly in 2014 that it drilled sense into us)," the Congress Vice President said in Vadodara, expressing "gratitude" to the BJP for his party's virtual wipeout after 10 years in power.

"They helped me a lot by by pitai karke, gaali deke, maar maarke (they beat me, abused me, thrashed me). They opened my eyes," Rahul Gandhi said. 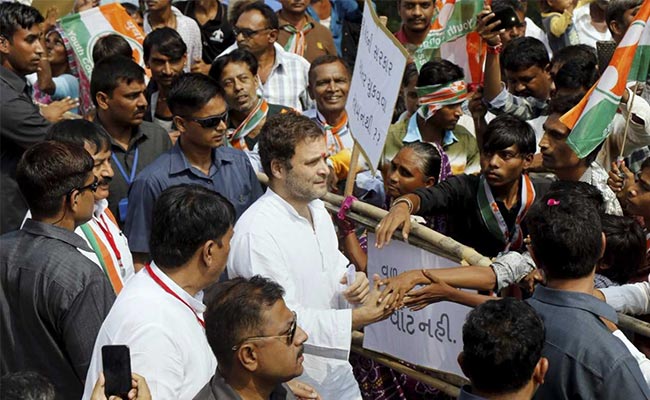 Rahul Gandhi is touring the BJP's strongest citadels in Gujarat.

Ahead of polls in Gujarat later this year, Mr Gandhi is touring the BJP's strongest citadels in the state where the Congress has been out of power for nearly 20 years.

Speaking before a gathering of students last evening, he referred to the allegations reported in the Wire website, that BJP president Amit Shah's son Jay Shah's fortunes rose 16,000 times after the BJP came to power -- from Rs. 50,000 to Rs. 80 crores.

"Have you heard of start-up India? The most successful is Jay Shah's start up... it's a very interesting story," Mr Gandhi said, going on to sum it up for his audience. Targeting Prime Minister Narendra Modi, he said: "The chowkidaar of India is quiet, he doesn't like to comment on these things."

In Mr Gandhi's sharp and pointed attacks, his party men see signs of the new, more savvy and confident leader set to take over as Congress president.

Promoted
Listen to the latest songs, only on JioSaavn.com
Not long ago, on a visit to an American university, the 47-year-old had conceded that Prime Minister Narendra Modi was a "better communicator" than him.

Participating in a Q&A session at the University of California, Berkeley, last month, Rahul Gandhi said, "I am an Opposition leader, but Mr Modi is also my Prime Minister. He has certain skills; he's a very good communicator, probably much better than me."