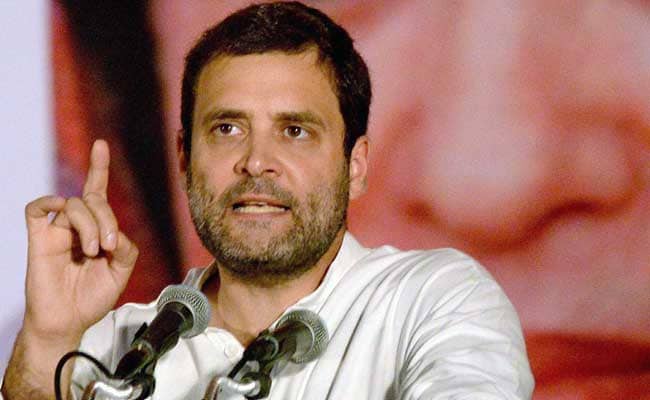 Panaji: Congress President Rahul Gandhi scored a "zero in his opening innings" was how Goa Chief Minister Manohar Parrikar reacted to the BJP's lead in Gujarat and Himachal Pradesh assembly election results today. The BJP is heading for a record sixth straight victory in Gujarat assembly polls, and has evicted the Congress in Himachal Pradesh, tightening the party's grip over the country's politics with general election only 18 months away.

Mr Parrikar said the results in the two states indicated that the saffron party was going to win the 2019 Lok Sabha election. "Opening innings zero," he said when asked about Mr Gandhi's performance in the Gujarat polls where the new Congress chief had campaigned extensively, and Himachal Pradesh. The 47-year-old Amethi lawmaker took over as Congress president last week.

"The assembly election results, which are in favour of the BJP, are also an indication of the outcome of the 2019 Lok Sabha elections and formation of the next government at the Centre," Mr Parrikar said.

"We will ensure the BJP also wins handsomely in Karnataka (where the assembly election is due next year)," he said.

Promoted
Listen to the latest songs, only on JioSaavn.com
"Prime Minister (Narendra Modi) has his magic. He is pushing the party ahead. He is one leader who has higher popularity than the party. And reverse is the case with Rahul Gandhi," Mr Parrikar said when asked whether the PM's campaign helped the BJP retain power in Gujarat.