Rahul Gandhi made the promise in June last year, when he said farmers in Madhya Pradesh, Rajasthan and Chhattisgarh would have loans cancelled within 10 days of the new government taking office 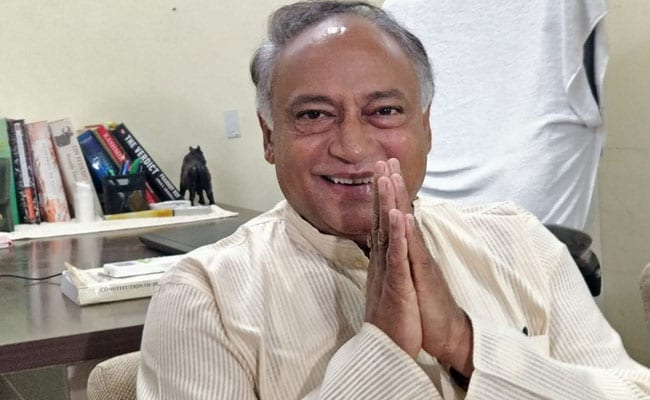 Rahul Gandhi must apologise to the people for failing to fulfil his promise of waiving outstanding loans of farmers in Madhya Pradesh within 10 days of the Congress coming to power in the state, MLA Laxman Singh demanded on Wednesday. Laxman Singh is the younger brother of Congress veteran and former Madhya Pradesh Chief Minister Digvijaya Singh.

"Since the promise is far from being fulfilled Rahul Gandhiji should apologise for failure to waive-off loans of all farmers within 10 days. Such promise shouldn't have been made," Laxman Singh said, adding, "Instead of making further promises, it's time to tell a proper time frame by when entire loans of farmers will be waived off".

Rahul Gandhi made the promise while addressing a farmers rally in the state's Mandsaur district in June last year. Mr Gandhi, who was then still Congress president, had promised that if his party was voted to power in Madhya Pradesh, Rajasthan and Chhattisgarh, farmers' loans would be cancelled within 10 days of the new administration taking office.

"All Congress MLAs, including me, meet farmers daily and they tell us that while the state government has issued them loan waiver certificates, the concerned bank management has told them the loan hasn't been waived off at their level," Laxman Singh claimed.

"What will the farmers do in such conditions?" he asked.

Laxman Singh, who represents the Chachoda assembly seat, is believed to be unhappy at having been denied a seat in Chief Minister Kamal Nath's government. Last month he even crossed party lines to praise the centre for withdrawing Article 370 from Jammu and Kashmir.

"The party leadership meets only a few selected leaders. If it continues this way, (I) don't know what will happen to the party. If the party has to be strengthened, the leadership should meet its workers, and this way in 2024 Congress will be able to come to power," he was quoted by news agency ANI.

"People ask if Amit Shah, who is BJP president, can come and meet their leaders why not Sonia Gandhi do the same," he added.

The Congress in Madhya Pradesh is in the middle of a full-fledged war between a faction backing Jyotiraditya Scindia for the post of Madhya Pradesh Congress Committee chief, which is currently held by Kamal Nath, and the rest.

Many supporters of Mr Scindia have been openly critical of both Kamal Nath and Digvijaya Singh, who has spoken against the appointment of the former MP from Guna constituency.

Sonia Gandhi met Kamal Nath in Delhi earlier this month and expressed concern over the fighting; the meeting was the second between the two leaders in the space of 10 days.