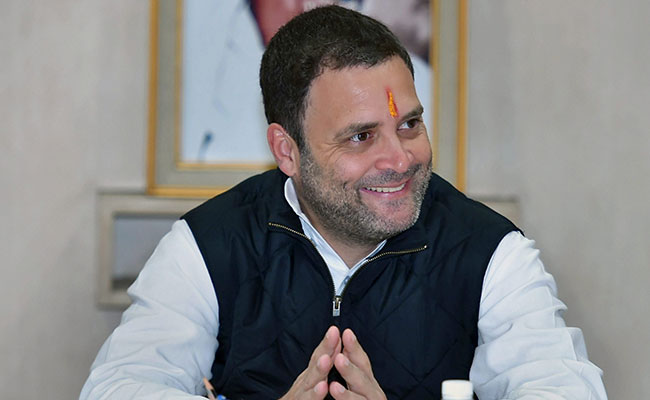 Rahul Gandhi will replace his mother Sonia Gandhi as the Congress chief.

New Delhi: On Saturday, two days before results for the bitterly-fought Gujarat elections are announced, Rahul Gandhi will take over as Congress president from his mother Sonia Gandhi in a ceremony on the lawns of the party's 24 Akbar Road headquarters in Delhi, his party said today, confirming that he has been elected unopposed after the deadline for withdrawal on nomination ended today.

Mr Gandhi was campaigning in Gujarat, attacking Prime Minister Narendra Modi and the BJP in multiple speeches, when his party made his election official in Delhi. The crucial Gujarat assembly polls are being seen as a test of Mr Gandhi's leadership ahead of the 2019 national election. PM Modi has pitched the battle as one between development and dynasty, repeatedly contrasting his own credentials as a self made leader from a modest background with Mr Gandhi's position of privilege in his party as a member of the Gandhi-Nehru family. 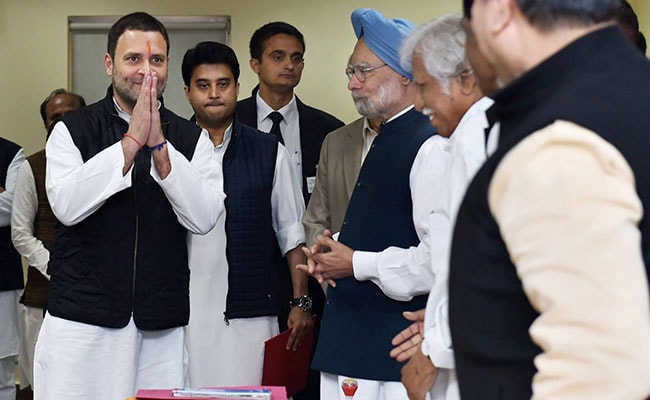 The 47-year-old will be the fifth person from the family to head the oldest political party.

The Congress asserts that Rahul Gandhi has earned the party's top post, dismissing allegations that the election was a sham. "He has shown his mettle in Gujarat. The entire BJP, including the Prime Minister himself and 80 ministers, are sitting there for a month but are still unable to counter him," said senior Congress Ghulam Nabi Azad.

Rahul Gandhi has led his party's aggressive bid to win Gujarat after 22 years of BJP rule, attacking PM Modi and the BJP over mega economic policies notes ban and GST. He has countered PM Modi's takedown by accusing the Prime Minister of focusing too much on him and the Congress, rather than talking about development.

"But this election is not about PM Modi or me, about the BJP or the Congress. This is about Gujarat's future," he said on Sunday. On the Prime Minister's allegation that Pakistan is meddling in the Gujarat elections citing a meeting last week in Delhi between top Congress leaders, Pakistani officials and others, Mr Gandhi said at an election rally today, "Modi-ji is talking about Japan, Pakistan, Afghanistan. Modi-ji, this is Gujarat elections, talk a little bit about Gujarat too." 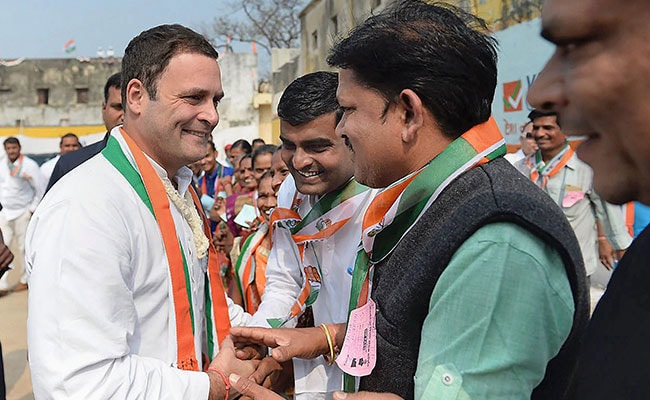 Mr Gandhi reportedly decided to put off his promotion because he did not want party leaders to get distracted from the immediate challenge in Gujarat - the state voted in the first phase on Saturday and the second and last phase will be held on Thursday. But he is seen as already haven taken charge, swiftly suspending senior leader Mani Shankar Aiyar after he called the Prime Minister "Neech aadmi" last week.

Promoted
Listen to the latest songs, only on JioSaavn.com
Sonia Gandhi, 71, will continue to head the Congress Parliamentary Party. This will ensure that she will lead some of the party's external dealings with allies and other opposition parties, including on floor strategy in Parliament.

Mr Gandhi's takeover is expected to effect a generational shift in the Congress when he gets down to naming his core team, though he is expected to hand key tasks and advisory roles to party seniors, called the "old guard" to draw on their experience.