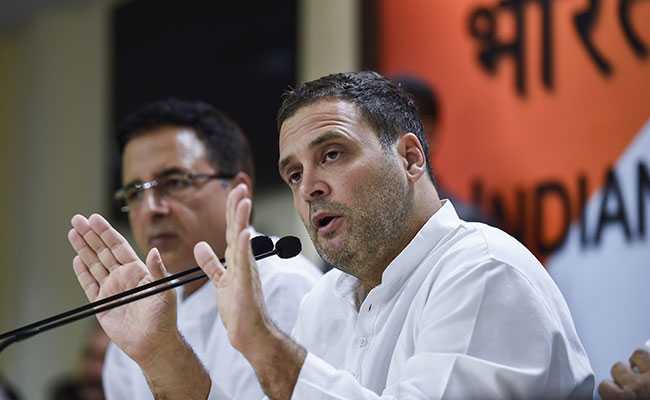 On the eve of Congress chief Rahul Gandhi's visit to the state, Madhya Pradesh Chief Minister Shivraj Singh Chouhan Sunday took a swipe at him claiming the former did not know how chillies grew in a field.

"The leader who does not know how chillies grow in a field- whether upside down or the other way round is showing concern about farmers and farming," Mr Chouhan said Sunday.

Mr Chouhan was speaking at a public rally in Narsinghgarh area.

Rahul Gandhi will arrive in Bhopal today and embark on a 15-kilometre road show from Lalghati Chowk to the Bharat Heavy Electricals Ltd's Dussehra Maidan.

The chief minister said that the BJP government at the Centre and in Madhya Pradesh had vowed to make farmers prosperous and had, so far, transferred Rs 32,701 crore to them through various beneficial schemes.

Guru Purnima 2021: Know Date, Time And Significance Of The Day