Congress president Sonia Gandhi addressed the plenary today where she talked about the party's achievements and Modi government's failures. 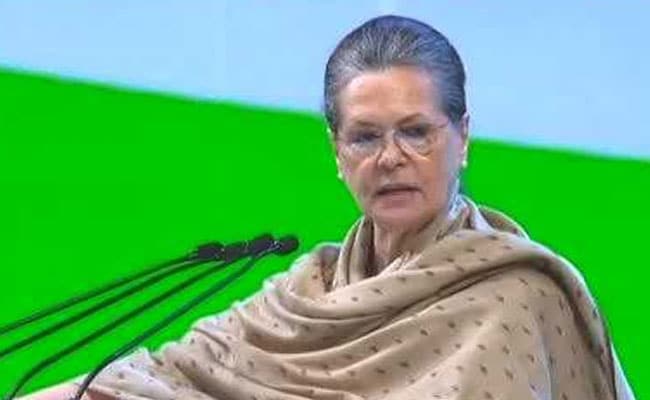 Congress president Rahul Gandhi and Sonia Gandhi addressed the party's plenary session in Delhi today and talked about how the party workers needed to work together to become an alternative to the Modi government.

"Welcome delegates and distinguished guests to the Congress plenary. Over the next two days I look forward to interacting with you and to sharing experiences and perspectives that will together help us build a stronger, more vibrant Congress party. Jai Hind," Rahul Gandhi had tweeted this morning.

The party moved a resolution at the event and referred to the "apprehensions among political parties and the people" over the misuse of the Electronic Voting Machines, or EVMs, to manipulate the outcome contrary to the popular verdict.

Here are the live updates of the Congress plenary session:

Mar 17, 2018 17:56 (IST)
"Modi Ji's govt scrapped farmers' Swaminathan Committee and replaced it with 'Jumlanathan Committee'," Randeep Surjewala was quoted as saying by news agency ANI.
Mar 17, 2018 16:42 (IST)
A note from the President of the State of Palestine was also shared by the grand old party on its official handle.

Message on behalf of the President of the State of Palestine to Congress President Rahul Gandhi wishing him and the party well, while appreciating the role of the Congress and past leaders of the Congress for their support of the Palestinian cause. #CongressPlenary#ChangeIsNowpic.twitter.com/l28KeulI1M

In a message to UPA Chairperson Smt. Sonia Gandhi, Bangladesh PM Sheikh Hasina recalls the extraordinary support extended to Bangladesh by former PM Smt. Indira Gandhi and has sent her best wishes for the 84th Plenary Session of the Congress. #CongressPlenary#ChangeIsNowpic.twitter.com/JRE6NAvmHl

Mar 17, 2018 16:29 (IST)
Sonia Gandhi made a sharp attack at the Modi government a day after BJP ally TDP pulled out of the NDA coalition. Read here.
Mar 17, 2018 16:25 (IST)
Congress Will Rise Again In Karnataka: Sonia Gandhi
"40 years ago, in Chikmagalur, with Mrs. Indira Gandhi's victory the Congress party emerged as a stronger party. With the Karnataka Assembly Election, I believe the party will similarly rise again," she said.
Mar 17, 2018 16:11 (IST)
Sonia Gandhi talked about the Congress' achievements under Manmohan Singh. "Under the leadership of former PM Dr. Manmohan Singh, the economy of this country flourished. Our government formed policies which lifted millions of people from poverty. And today, Modi govt is weakening these policies," she said.
Mar 17, 2018 16:10 (IST)
Mar 17, 2018 15:40 (IST)
After she finished her speech, Sonia Gandhi received a hug from son and party president Rahul Gandhi. Other party members gave her a standing ovation. At the session, she urged the party workers to unite under Rahul Gandhi's leadership. "I want to congratulate our new party president Rahul Gandhi. We should work together under his leadership. We should not think about our personal wishes," she asserted.

Mar 17, 2018 15:37 (IST)
"Sabka Sath, Sabka Vikas," was all "Drama", Sonia Gandhi said today while addressing her party workers at the plenary. She also referred to "Na Khaunga Na Khane Dunga", the election slogan of PM Narendra Modi, and said the promises made by him to curb corruption were just empty promises.
Mar 17, 2018 15:34 (IST)
"This is our Congress Party that supports people and speaks against the injustice. We have to fight against all the challenges. We have to create a "pratishodh-mukt bharat" (a country free of hatred). And for that we have to work together," Sonia Gandhi said addressing the party workers.
Mar 17, 2018 15:27 (IST)
Congress' challenges are not ordinary. We will have to face them, be free from the intoxication of power: Sonia Gandhi
Mar 17, 2018 15:24 (IST)
Modi government is intoxicated with power and it has unleashed hatred. Congress will not bow down, and it will never bow down. Modi Government is autocratic and it's bothering media: Sonia Gandhi
Mar 17, 2018 15:19 (IST)
Everyone here knows how I entered politics. Circumstances forced me
to join politics and everyone knows this. When i realised the party had become weak, I came and played a role: Sonia Gandhi at Congress Plenary
Mar 17, 2018 15:17 (IST)
Victory Of The Party Is Victory For All Of Us
All of us should unite and work together. This is not the time to look at our personal issues. Party's win will be victory for all of us. Congress is not just a political party, but is a vision. The Congress has held a mirror to Indian values. The Congress should fulfill people's wishes and aspirations: Sonia Gandhi
Mar 17, 2018 15:10 (IST)
Sonia Gandhi is addressing the plenary meet now.

Mar 17, 2018 14:17 (IST)
In its political resolution moved at the party's two-day plenary session, the Congress spoke about the "apprehensions among political parties and the people" over the misuse of the Electronic Voting Machines, or EVMs, to manipulate the outcome contrary to the popular verdict.
Mar 17, 2018 12:44 (IST)
Resolutions at the Congress plenary meet:
Mar 17, 2018 10:56 (IST)
"I have to make two speeches: introduction and conclusion. I'll speak more on conclusion. I'll hear all of you and then give my thoughts on your opinions. In my introduction speech, I'll say two things: today, anger is being spread and the nation is being divided. Our work is to unite. If we have to do this, then we will have to do it together."
Rahul Gandhi
Mar 17, 2018 10:45 (IST) 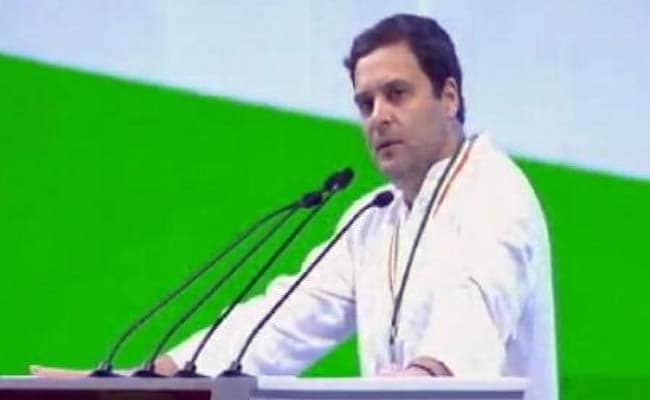 Party sources said the Congress would adopt four resolutions on political situation, economic front, foreign affairs, agriculture, jobs and poverty alleviation. The party will highlight its vision on each sphere and compare it with the current situation, they said. The political resolution, the sources say, will also indicate the party's plans for forging coalitions with like-minded parties.
Mar 17, 2018 10:42 (IST) 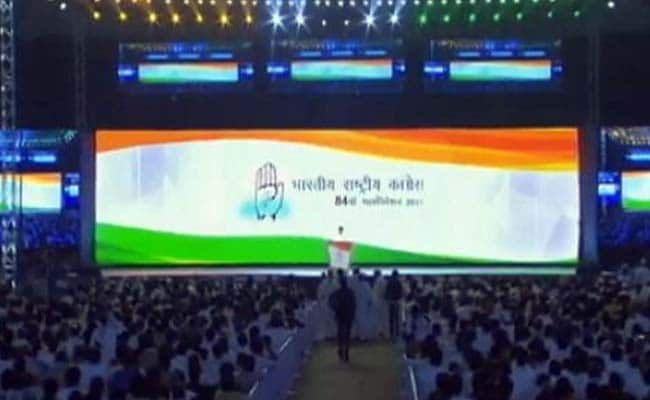 The 84th plenary of the Congress is Rahul Gandhi's first since his elevation to the top post. He will focus on workers as part of his bid to strengthen the party organisation.
Mar 17, 2018 10:35 (IST) 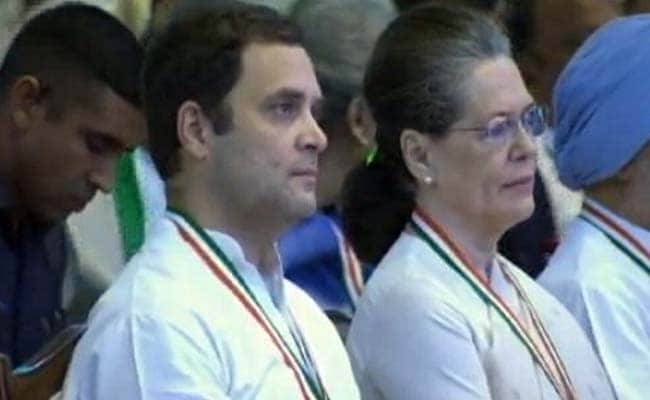