Rahul Bose's video complaint went viral on Twitter on Monday after he roasted the hotel for charging him Rs 442 for two bananas. 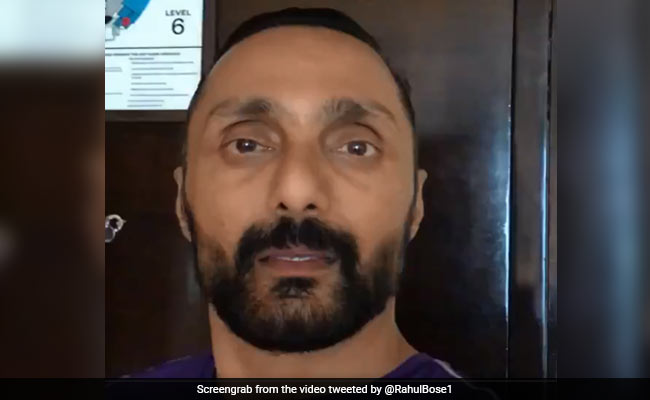 Rahul Bose's video triggered a wave of memes on Twitter.

The public relations nightmare for a five-star hotel in Chandigarh, peeled for trying to charge actor Rahul Bose Rs 442 for two bananas, refuses to die down.

On Monday, Rahul Bose's video complaint went viral on Twitter after he roasted the hotel for charging him Rs 442 for two bananas.

"You have to see this to believe it. Who said fruit wasn't harmful to your existence?" the 51-year-old Shaurya star said.

You have to see this to believe it. Who said fruit wasn't harmful to your existence? Ask the wonderful folks at @JWMarriottChd#goingbananas#howtogetfitandgobroke#potassiumforkingspic.twitter.com/SNJvecHvZB

The incident unleashed a wave of memes and jokes on Twitter with people sharing what soon came to be known as their "Rahul Bose Moments".

Western Railway can take you at many tourist spots around the western zone of India. Travel easy with WR at an affordable price (approx. fare for Sleeper class). #RahulBoseMoment#WRKiSawaripic.twitter.com/El6iap7vpN

Protect your family from financial insecurity after you at the cost of 2 bananas and protect them from the lemons that life might give them. ???? #RahulBoseMoment#RahulBosepic.twitter.com/OszdmEuSPH

Amid the disaster online, the Excise and Taxation Department in Chandigarh also visited the hotel and seized documents related to the sale.

JW Marriott is yet to comment on the episode. Rahul Bose, who was shooting for a film in Chandigarh, left for Amritsar the following day.