"Need To Be Frightened Out Of Complacency": Raghuram Rajan On GDP Numbers

The growth numbers should alarm everyone, Raghuram Rajan wrote in a post on LinkedIn on Monday, suggesting that India is even worse off compared to two of the most Covid-hit advanced countries that have also suffered a contraction - the US and Italy. 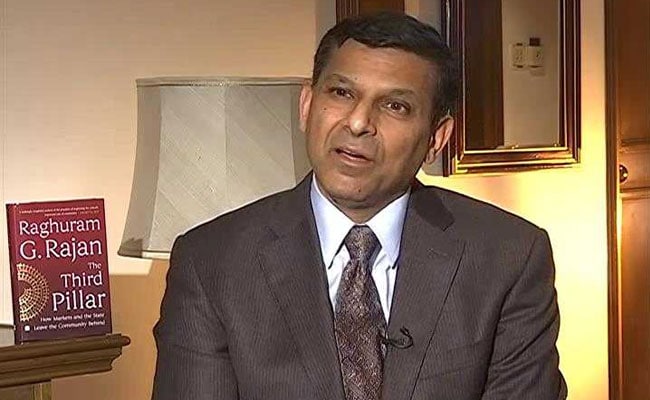 Raghuram Rajan in his post wrote that the growth numbers should alarm everyone. (File)

The government and its bureaucrats need to be frightened out of their complacency and a stimulus is critical to prevent an "atrophied" economy, former RBI chief Raghuram Rajan has said in a post reacting to what he calls India's alarming -23.9 per cent quarterly GDP. Without relief measures, the growth potential of the economy would be "seriously damaged", he said, commenting that the government seemed to have retreated into a shell.

The growth numbers should alarm everyone, Raghuram Rajan wrote in a post on LinkedIn on Monday, suggesting that India is even worse off compared to two of the most Covid-hit advanced countries that have also suffered a contraction - the US and Italy. "The pandemic is still raging in India, so discretionary spending, especially on high-contact services like restaurants, and the associated employment, will stay low until the virus is contained. Government-provided relief becomes all the more important," he said.

"India needs strong growth, not just to satisfy the aspirations of our youth but to keep our unfriendly neighbors at bay," Mr Rajan, currently a professor at the University of Chicago, advised.

"No doubt, the government and its bureaucrats are working hard as always, but they need to be frightened out of their complacency and into meaningful activity. If there is a silver lining in the awful GDP numbers, hopefully it is that."

The government's reluctance to do more today seemed partly because it wants to conserve resources for a possible future stimulus, the renowned economist noted, calling the strategy self-defeating.

"If you think of the economy as a patient, relief is the sustenance the patient needs while on the sickbed and fighting the disease. Without relief, households skip meals, pull their children out of school and send them to work or beg, pledge their gold to borrow, let EMIs and rent arrears pile up...Similarly, without relief, small and medium firms - think of a small restaurant -- stop paying workers, let debt pile up, or close permanently. Essentially, the patient atrophies, so by the time the disease is contained, the patient has become a shell of herself," said Mr Rajan.

Economic stimulus, he said, was like a tonic, but "if the patient has atrophied, stimulus will have little effect".

The recent pick-up in sectors like autos was not evidence of a V-shaped recovery but reflects pent-up demand that will fade "as we go down to the true level of demand in the damaged, partially-functioning, economy".

"...government officials who hold out the possibility of a stimulus when India finally contains the virus are underestimating the damage from a more shrunken and scarred economy at that point," Mr Rajan said, appearing to refer to Chief Economic Adviser Krishnamurthy Subramanian's comments. "Instead of claiming there is a V-shaped recovery round the corner, they should wonder why the United States, despite spending over 20 percent of GDP in fiscal and credit relief measures, is still worried the economy will not return to pre-pandemic GDP levels by the end of 2021," he said.

Mr Rajan said the government needed to expand the resource envelope in every way possible, spend as cleverly as possible and take every action without additional spending. "All this requires a more thoughtful and active government. Unfortunately, after an initial burst of activity, it seems to have retreated into a shell," he remarked.