Rafale Deal: The pricing details - one of the most controversial aspects of the deal -- would not be debated unless the judges think it should be in public domain, the court said.

Rafale Deal: The government has sealed a Rs. 59,000-crore deal for 36 Rafale jets with Dassault.

In a major relief for the government, the Supreme Court said today that there is no reason for the court to sit in judgement on the correctness of the Rafale jet deal, and ruled that "perception by individuals cannot be the subject of roving inquiry" by the court. "We can't sit in judgement over the wisdom of purchase of aircraft," said the three-judge bench headed by Chief Justice Ranjan Gogoi, adding, "Our country cannot be allowed to be underprepared."

Petitions demanding a court-monitored investigation into the deal were filed after the Congress took up the issue on a war footing, accusing Prime Minister Narendra Modi and his government of corruption and crony capitalism. The Congress has demanded that the pricing details of the planes be made public - a demand the government has rejected citing a secrecy clause in the deal.

Petitions demanding a court-monitored investigation into the deal were filed as the Congress and other opposition parties went hammer-and-tongs at Prime Minister Narendra Modi and his government, accusing it of crony capitalism.

The Congress has alleged that the Centre scrapped a deal for 126 Rafale jets negotiated by the previous UPA government and entered an expensive new contract just to help Anil Ambani's defence company bag an offset partnership with the jet manufacturer Dassault.

Here are the highlights on the Supreme Court verdict on Rafale deal:

In its verdict Friday, a Supreme Court bench headed by Chief Justice Ranjan Gogoi said there is no occasion to doubt the decision-making process in the procurement of 36 Rafale jets from France, according to PTI.
Dec 14, 2018 20:43 (IST)
Rafale Verdict: Yogi Adityanath slams Congress on Rafale deal
Uttar Pradesh Chief Minister Yogi Adityanath Friday welcomed the Supreme Court's decision dismissing petitions for a probe into the Rafale jet deal and sought an apology from the Congress, according to news agency PTI.

At a hurriedly convened press conference at his residence here, the chief minister cited the verdict while demanding an unconditional apology from the Congress for spreading "false propaganda" against the BJP and the central government.

"The false propaganda of the Congress has come to the fore with the verdict of the apex court," Yogi Adityanath remarked, quoted by PTI and charged the party with defaming the central government and the BJP for political mileage.

"Rahul Gandhi should tell his source of information. With baseless allegations, he tried to play with the security of the country," he said.

"The Congress should have acted responsibly on the issue of security," Yogi Adityanath said.
Dec 14, 2018 20:15 (IST)
Rafale Deal: "Disrupters" have lost all counts, says Arun Jaitley
Finance Minster Arun Jaitley Friday dubbed allegations on the Rafale jet deal as "fiction writing" that compromised national security, after the Supreme Court dismissed the pleas challenging the deal between India and France for procurement of 36 Rafale jets, according to news agency Press Trust of India.
In an apparent attack on Congress President Rahul Gandhi, who has been alleging corruption in the purchase of the fighter jets, Mr Jaitley said "disrupters" have lost on all counts and those who manufactured falsehood compromised the security of the country, according to PTI.

Falsehood is bound to fall apart and it has, Mr Jaitley said, adding that if honest deals are questioned, then civil servants and armed forces will think twice before undertaking such a process in future.
Dec 14, 2018 20:13 (IST)
Rafale Deal: AAP demands parliamentary probe in Rafale deal
Hours after the Supreme Court dismissed petitions seeking a court-monitored probe into the purchase of 36 Rafale jet fighters, the Aam Aadmi Party (AAP) on Friday demanded a Joint Parliamentary Committee (JPC) to probe the deal and a detailed discussion in parliament, according to news agency IANS.
Senior AAP leader and MP Sanjay Singh said the court had refused clearly to interfere in many of the matters related to the deal, including the question of pricing and choice of offset Indian partner, according to IANS.

"A JPC should be formed for a detailed probe in the deal as to how the per jet cost reached Rs 1,670 crore from the earlier Rs 540 crore and why they (BJP) preferred a private firm over a government firm," MR Singh told media, quoted by IANS.

Mr Singh added: "If the BJP thinks the court has given a clean chit to it, then it should not be afraid of the JPC."
Dec 14, 2018 20:12 (IST)
The Congress claimed Friday the Supreme Court has vindicated its stand that the issue of "corruption" in the Rafale fighter jet agreement cannot be decided by it and challenged the Centre to constitute a JPC to probe the deal, according to news agency Press Trust of India.

Congress chief spokesperson Randeep Surjewala said his party had said the top court cannot decide the Rafale issue and the alleged corruption in the defence contract can be brought out only by a Joint Parliamentary Committee. He said the only forum that can probe the deal after examining the pricing process and sovereign guarantee is the JPC, a PTI report said.
Dec 14, 2018 20:09 (IST)

Rafale Deal: Read Here: After Rafale Deal Verdict, BJP Chief Amit Shah Targets Congress President Rahul Gandhi: Who Is Your Source?
BJP president Amit Shah today claimed that the top court's verdict has only served to vindicate the Union government's stand that there was no corruption or nepotism in the case. He also demanded that Congress chief Rahul Gandhiapologise to the nationfor raising "childish allegations" against the Narendra Modi government, and disclose his source of information on the matter.
Dec 14, 2018 17:42 (IST)

Rafale Verdict: Read Here: Anil Ambani Says Rafale Order Proves Falsity Of Allegations Against Me
Reliance Group Chairman Anil Ambani welcomed the Supreme Court's judgement on the Rafale jet deal. The top court said there is no reason for the court to sit in judgement on the correctness of the Rs. 59,000-crore deal for 36 fighter jets. Allegations that the government had helped Anil Ambani's Reliance Defencebag the offset contract were also dismissed by the court, which said: "There is no evidence of commercial favouritism." The judges asserted that "perception by individuals cannot be the subject of roving inquiry" by the court.
Dec 14, 2018 17:01 (IST)

"Satyamev Jayate (truth alone triumphs)," tweeted Parrikar who was Defence Minister when the Indian and French governments signed an agreement to purchase the planes from Dassault.

Rafale Deal Case: What Supreme Court Judges Said In Big Rafale Order
The Supreme Court today said there was no occasion to doubt the decision-making process in the multi-billion dollar Rafale deal for 36 fighter jets. A bench headed by Chief Justice Ranjan Gogoi said there has been a necessity of fighter aircraft and the country cannot remain without these jets. The Chief Justice, who read out the judgement for the three-judge bench, said no reasons were found to interfere in the procurement process for the fighter jets. The top court said it is not the job of the court to deal with the comparative details of the pricing."
Dec 14, 2018 14:56 (IST)
BSP president Mayawati called for fundamental reforms in all defence related procurements in order to address the doubts and common perception over such issues.
"But it is essential that fundamental reforms need to be evolved in all defence related deals in order to address the doubts and perceptions among the common people," she said in a statement.
Dec 14, 2018 13:30 (IST)
"Congress President Rahul Gandhi tried to mislead people on Rafale deal for political benefit and maligned India's image globally. He should apologise to the people of the country," Home Minister Rajnath Singh.
Dec 14, 2018 13:28 (IST) 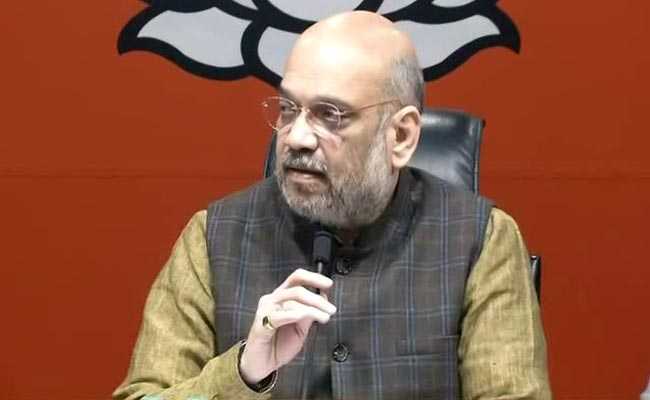 "Rahul Gandhi should come clean on his source of information, based on which he and his party levelled such baseless allegations."
Dec 14, 2018 13:22 (IST) 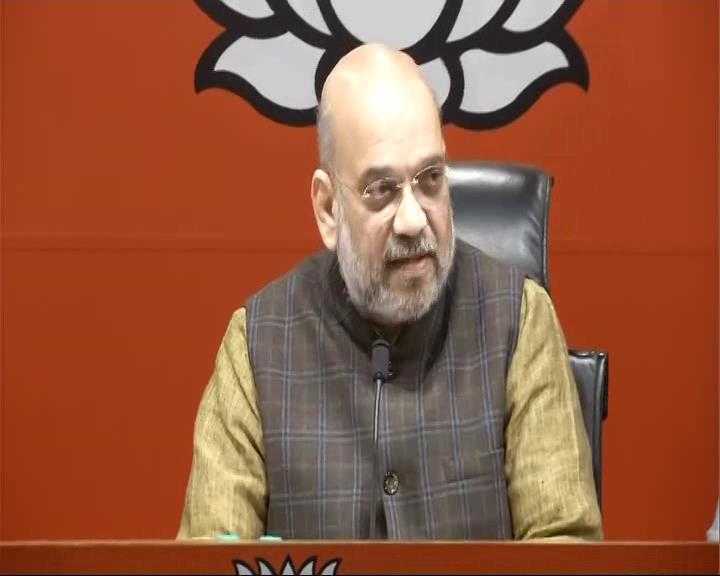 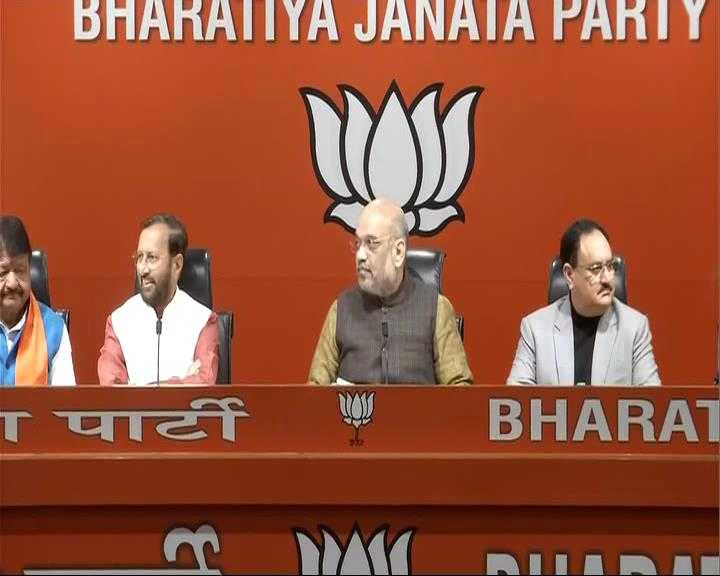 Dec 14, 2018 12:46 (IST)
Rafale will continue to be our political plank: Shashi Tharoor
Congress leader Shashi Tharoor said that his party will continue to raise the Rafale issue despite the court order.
"We are looking at inspection of accounts and negotiations conducted in the Rafale deal. The Supreme Court didn't consider that their business to do it," he said.
Mr Tharoor said that a Joint Parliamentary Committee (JPC) should be set up to look into the allegations raised by his party. "We will continue to push for joint parliamentary committee. The BJP also asked for JPC despite verdict on 2G," he said.
Dec 14, 2018 12:36 (IST)
Anil Ambani welcomes Supreme Court's judgement
Reliance Group Chairman Anil Ambani welcomed the Supreme Court's judgement. "I welcome the judgment of the Hon'ble Supreme Court today summarily dismissing all PILs filed on the Rafale contracts, and conclusively establishing the complete falsity of the wild, baseless and politically motivated allegations levelled against Reliance Group and me personally. We remain committed to India's national security and to making our humble contribution towards the Make in India and Skill India policies of the Government in the critical area of defence, including our offset partnership agreement with our valued partner, Dassault Aviation of France."
Dec 14, 2018 12:16 (IST)
BJP President Amit Shah said that the judgement "exposed" the misinformation spearheaded by Congress President Rahul Gandhi.
"Truth always triumphs! Court's judgment on the Rafale deal exposes the campaign of misinformation spearheaded by Congress President for political gains. The court didn't find anything wrong with the process nor did it find any commercial favouritism in the deal," he tweeted with #SCNailsRaGaLies hashtag.

On the contrary SC held that govt had no role in selecting offset partners & found no merit in the demand for a probe based on mere perception of individuals. It therefore raises obvious questions on the motive of those working to discredit the deal, which is important for India.

The Prime Minister did 3 things:

1. Cut out HAL completely, which was supposed to make 108 jets

2. Did away with the transfer of technology of the Rafale jets

Dec 14, 2018 11:47 (IST)
Soon after the Supreme Court decision BJP demanded an apology from the Congress and its president Rahul Gandhi for levying allegations against Prime Minister Narendra Modi in the Rafale fighter jet deal, in which the Supreme Court has given the government a clean chit.
Welcoming the judgement, BJP spokesperson Shahnawaz Hussain said,"Every deal is not Bofors deal."
"It is the culture and tradition of Congress and its top leadership to mint money from such deals on the cost of country's national security," he said.
Dec 14, 2018 11:18 (IST)
Prashant Bhushan, who is one of the petitioners in the case, said that he did not agree with the court decision.
"The Supreme Court has said that the information they have at the moment, based on that, there is no requirement for an investigation. On pricing too, the Supreme Court said, that the price was decided by Dassault Aviation - a private company, not the government; Hence there is no need for getting into that," he said.
Mr Bhushan went on to say that he still believes his demand for an investigation is justified.
Dec 14, 2018 11:01 (IST)

Can't see how #RafaleDeal remains an election issue after this.

Now let's get back to Rajasthan & Chhattisgarh.

Two Co-Accused In Munawar Faruqui Case Walk Out Of Jail