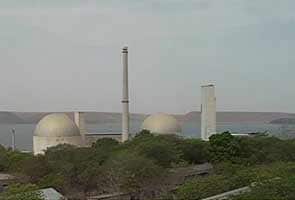 India operates five 220 MW indigenously made Pressurized Heavy Water Reactors in Rajasthan. Of these, in one of the latest units which was shut down and under maintenance, 38 workers were exposed to a radioactive form of hydrogen called 'tritium' when a welding operation went wrong inside the protected environment of the reactor. A senior engineer has also been exposed to radiation, but all workers are out of danger and the plant operations are continuing normally.

In 2009, about 100 workers were exposed to increased levels of 'tritium' at Kaiga in Karnataka when a 'disgruntled worker' poisoned a water cooler with radioactive tritium. All workers at Kaiga were unharmed but till date the mischief maker has not been arrested.
Comments
Rajasthan Atomic Power Plantexposed to radiationradiation scareNPCIL