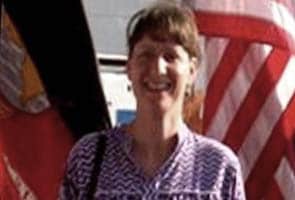 Chennai: US Vice-Consul Maureen Chao, who was caught in a row for her remarks of "dirty and dark" Tamilians, has decided to leave India.

"Ms Chao herself decided to leave her posting in Chennai in the near future", a US Consulate spokesperson said in Chennai on Friday without elaborating.

In a speech at the SRM University here on August 12, Chao had recalled her train journey some 20 years ago in India and said, "I was on a 24-hour train trip from Delhi to Orissa.But, after 72 hours, the train still did not reach the destination...and my skin became dirty and dark like the Tamilians."

Her controversial remarks created an uproar with Tamil Nadu Chief Minister Jayalalithaa demanding an apology from the diplomat. Jayalalithaa said the remarks smacked of ''racism'' and were an affront to all Tamils.

Acting swiftly, the US Consulate had said in a statement: "During the speech Ms. Chao made an inappropriate comment. She deeply regrets if her unfortunate remarks offended anyone, as that was certainly not her intent".

US State Department spokesperson Victoria Nuland said in Washington last week that the diplomat had enrolled herself in a cultural sensitivity course.

Promoted
Listen to the latest songs, only on JioSaavn.com
"We consider the comments absolutely unacceptable. I think you saw that she apologized almost immediately. She's voluntarily enrolled in a cultural sensitivity course. But obviously, they're unacceptable and inconsistent with core American values," she said. She added, "They did not reflect the best of American values in terms of tolerance for difference and diversity."
said.