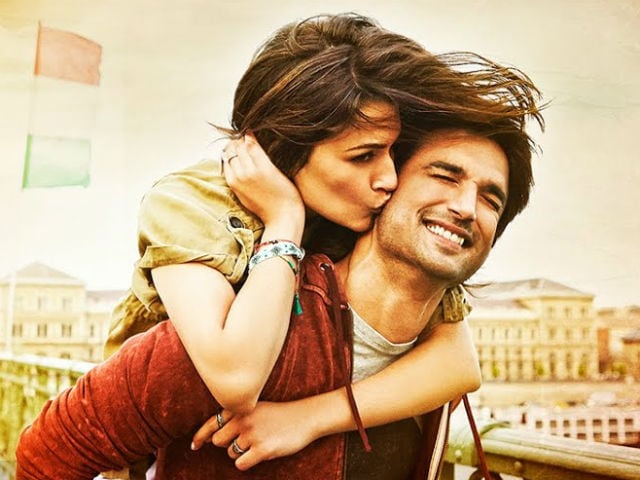 New Delhi: Kriti Sanon and Sushant Singh Rajput's Raabta releases tomorrow. Raabta is a love story based on reincarnation. Kriti and Sushant are separated by death and later meet each other after centuries. Their love story transcends over time. Neerja actor Jim Sarbh plays the villain in Raabta. Kriti features as Saira while Sushant plays Shiv. Shiv falls in love with Saira, who owns a chocolate shop. "My character falls for her because of all this, because she is pretty, she makes chocolates and there is a strong connection," Sushant earlier told NDTV. Actor Rajkummar Rao also plays a pivotal role in Raabta. He stars in a cameo as a 324-year-old man.

Here's how Rajkummar Rao will feature in Raabta.

Meanwhile, the makers of Raabta were accused of plagiarism portions of the film from the 2009 Telugu blockbuster Magadheera, starring Ram Charan Teja and Kajal Aggarwal. Magadheera makers had sought for an injunction in the court against Raabta's release. When the first trailer of Raabta was released in April, Twitter too drew similarity between Sushant's film and Ram Charan Teja's.

However, Raabta has now been cleared for release. "We presented our case to the honourable court as to how the films are not similar. In the morning, the makers of Magadheera withdrew their case," Raabta director Dinesh Vijan told news agency IANS.

Deepika Padukone will be seen in a special song sequence in Raabta.

Will Sushant Singh Rajput and Kriti Sanon's Raabta have a happy ending? We will wait for the answer till tomorrow.
Comments
raabtakriti sanonraabta sushant singh rajput